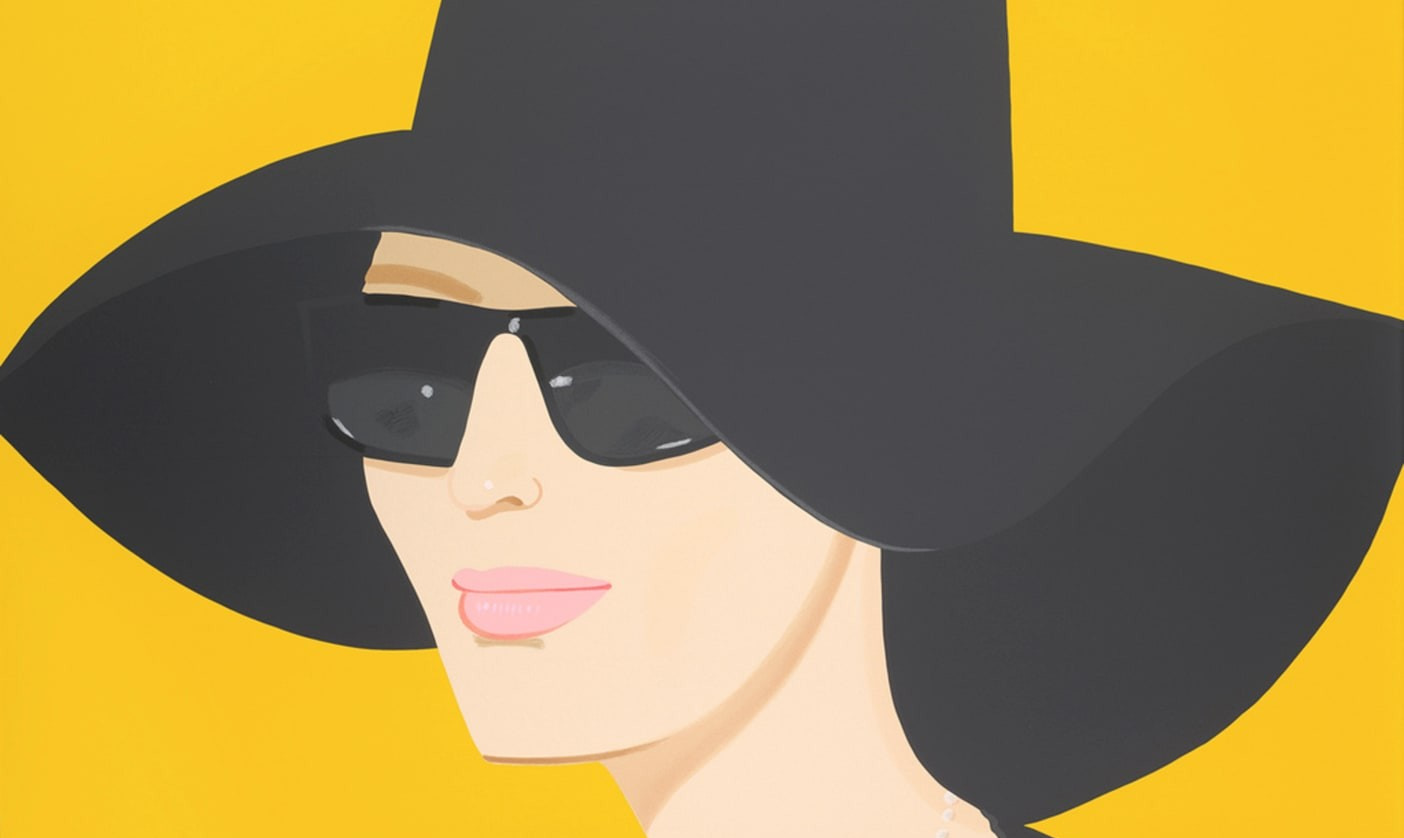 Alex Katz (알렉스카츠) is best known for his figurative paintings: The son of Russian Jewish immigrants, he was born in New York in 1927. As a pioneer of Pop Art, he always concentrated on the essentials and early on he began to work with simplified forms and contrasting color compositions. Many exhibitions took place around the world with his artworks during the last years. His main works are various Flowers like Spring Flowers, Yellow Flags, Blue Flags or Wildflowers. But he also does portraits, mostly of his wife Ada Katz as in Big Red Smile, Red Hat Ada or Blue Umbrella. Newer editions of him are Homage to Monet or Homage to Degas besides the Black Dress or Coca Cola Girl Series. His art is diverse, but always has beauty as its central theme. The artist can now look back on more than 200 solo and around 500 group exhibitions; his diverse works are part of over 100 collections worldwide. Alex Katz lives and works in New York and Maine.

Of particular interest is the lithograph”White Petunia” from 1969. A graphic work in the permanent collection of the MOMA (Museum of Modern Art New York) and the MET (Metropolitan Museum of Art New York). GALERIE FRANK FLUEGEL also has a copy of the print in the unsaleable collection.

In 2022 The Flowers Portfolio by Alex Katz was published. It includes Red Dogwood, Purple Tulips, Peonies, Goldenrod and Azaleas on yellow which are available as original prints.

Selected Exhibitions since the year 2000:

Mr. Brainwash, born Thierry Guetta in 1966 in Garges-lès-Gonesse near Paris, France, has lived in Los Angeles, USA, since the age of 15. He made his breakthrough in 2010 with the Oscar-nominated documentary "Exit Through the Gift Shop." In a continuation of Pop Art, Mr. Brainwash's work draws on the style and motifs of artists such as Andy Warhol.

XOOOOX is the first German street artist whose works are traded on the international art market. But nobody knows his true identity. Who and what is hidden behind the pseudonym?

The artist Alex Katz, forerunner of the Pop Art movement.

The American artist Alex Katz, born in Brooklyn, New York, in 1927, is one of the most important Pop Art key figures of our time. The 2007 recipient of the Lifetime Achievement Award from the National Academy Museum, he lives and works in New York and Maine.