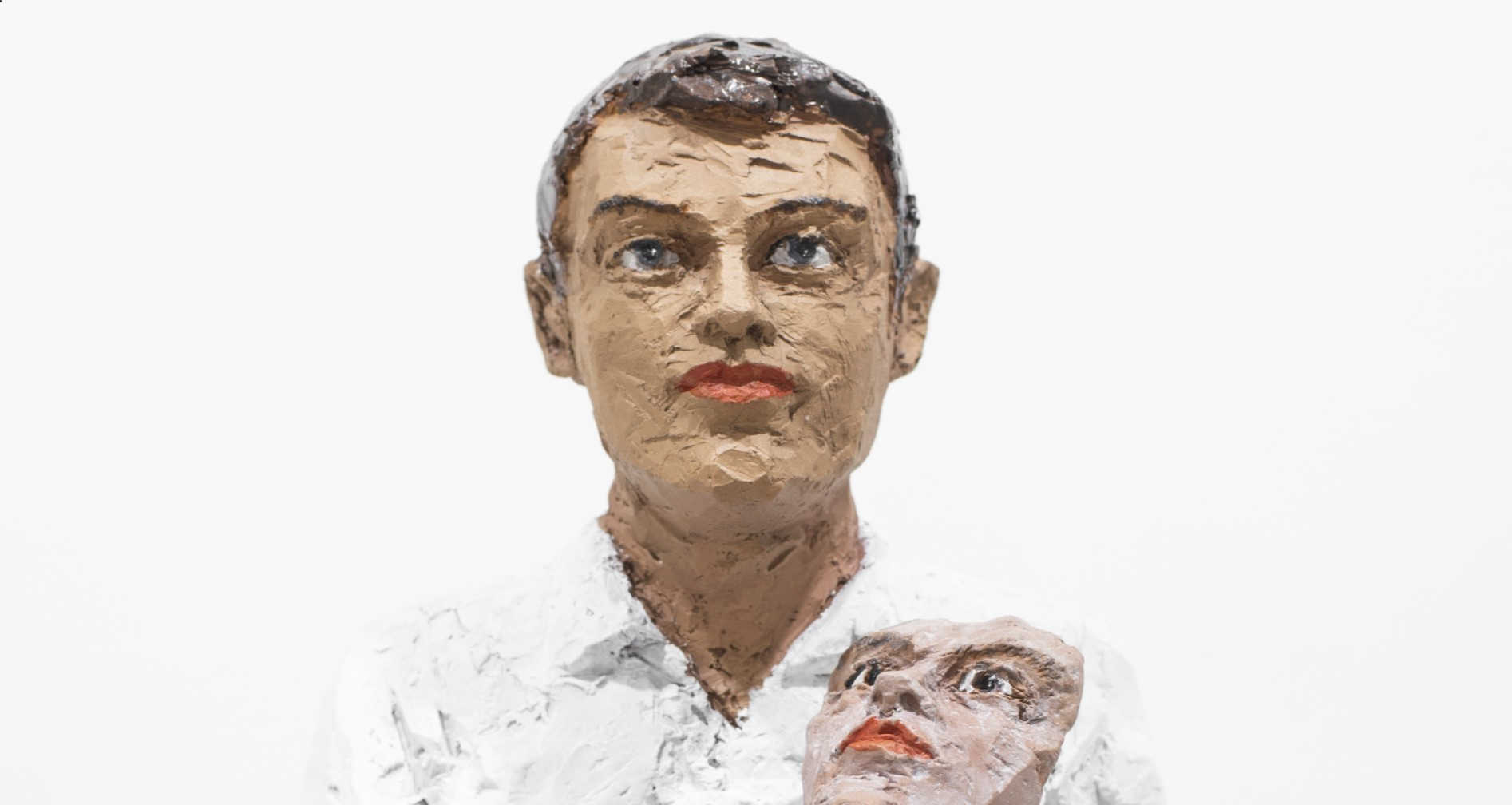 Stephan Balkenhol was born in 1957 in Fritzlar / Hesse, Germany. He lives and works in Karlsruhe and Berlin, Germany, and Meisenthal, France.

Stephan Balkenhol is a sculptor in the strict sense of the word. He carves figurative motifs, representations of people and animals in wood, both as standing, three-dimensional sculptures and as two-dimensional relief plates. Stephan Balkenhol often combines his typical, so-called column figures with colored relief plates. In this way he tries to combine sculpture with painting and the possibilities of representation of this medium. Historically, the importance of Stephan Balkenhol lies in the fact that, especially in the succession of Conceptual and Minimal Art, he was able to harmonize a minimal formal language with figurative sculpture made of wood. Far removed from the prejudices that exist against traditional European woodcarving art and its supposed incompatibility with modern and contemporary art, Stephan Balkenhol has developed a very unique and inimitable oeuvre over the last three decades.

Many of his sculptures are also made of bronze.

Balkenhol’s sculptures are mostly anonymous figures, but also animals that reveal nothing of themselves, tell nothing, represent nothing. They are individual figures, also groups of figures and sculptural pictures designed as relief.

Stephan Balkenhol, who likes to place his sculptures in unusual places in public space, counteracts the tradition of the monument by rarely honoring rulers, heroes, or thinkers, but usually showing the average, banal, normal, and anonymous. His seemingly inconspicuous figures, which show no emotions, remain strangely absent, elusive, enigmatic and fictional. Neither their age can be concretely estimated, nor is a social position discernible.

By largely depriving them of a psychologizing dimension, Balkenhol’s figures are always also a mirror that can reflect the feelings, desires and hopes of the viewer.

Among the most important solo exhibitions of Stephan Balkenhol are Kunsthalle Emden, Germany (2018), Centro de Arte Contemporáneo de Málaga, Spain (2018), MMOMA – Moscow Museum of Modern Art, Russia (2016), the Fernet-Branca Foundation, Saint-Louis, France (May 2016), the Leopold-Hoesch-Museum, Düren, Germany (2015), the Landesgalerie Linz, Austria (2014-2015), the Kunstmuseum Ravensburg, Germany (2014), the St. Elisabethkirche in Kassel, Germany (2012), Musée de Grenoble, France (2010), Deichtorhallen in Hamburg, Germany (2009), National Museum of Art Osaka, Japan (2005) and Sprengel Museum in Hannover, Germany (2003). In 2006-2007 an extensive exhibition of his works traveled from the Staatliche Kunsthalle Baden-Baden, Germany, to the MKM Museum Küppersmühle für Moderne Kunst, Duisburg, Germany, and on to the Museum der Moderne Salzburg Mönchsberg, Austria.
Although Stephan Balkenhol is best known for his figurative wood sculptures, many of his monumental bronze sculptures are found in urban public spaces – in cities such as Berlin, Chicago, Johannesburg, Courtray, London, Paris and Salzburg. Sculptures by the internationally renowned artist can be found in important museum and private collections worldwide, including the M HKA – Museum of Contemporary Art, Antwerp, the New National Gallery in Berlin and the Hirshhorn Museum and Sculpture Garden in Washington, USA.