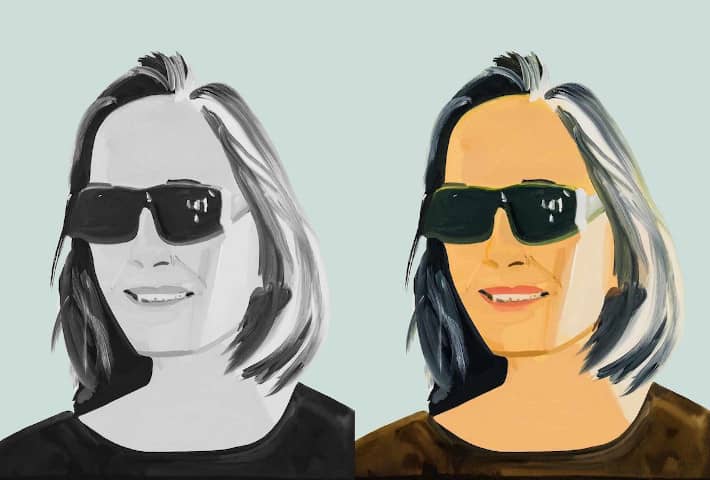 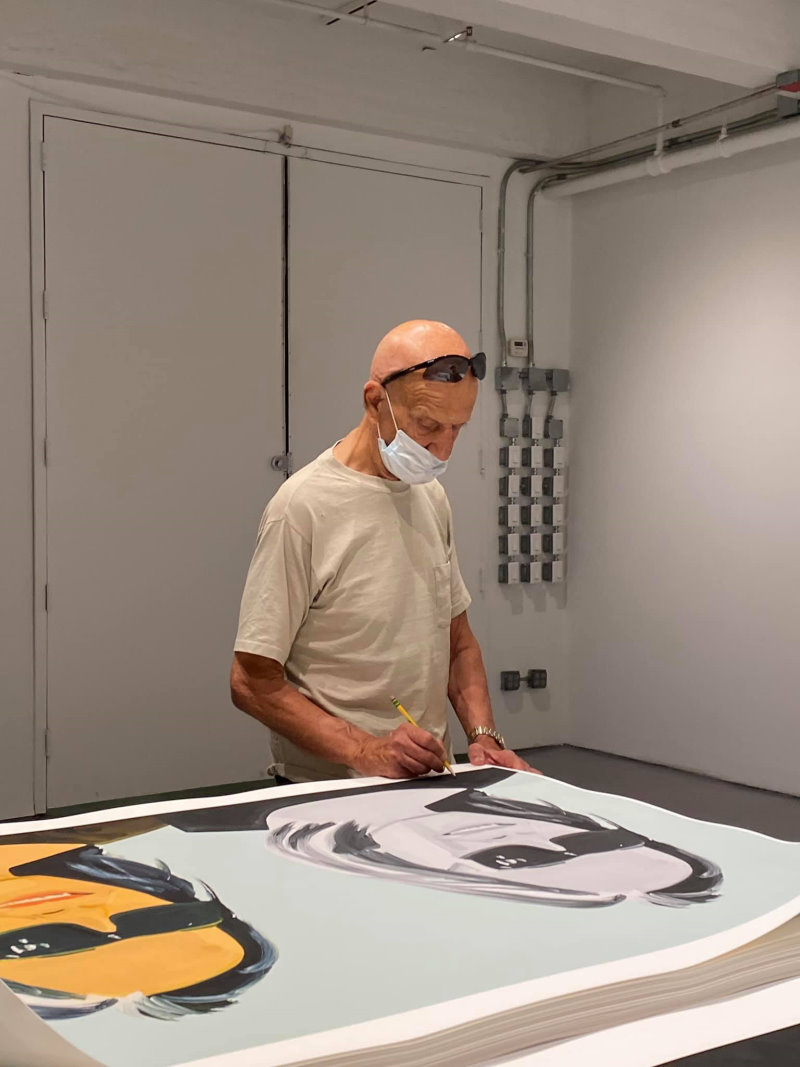 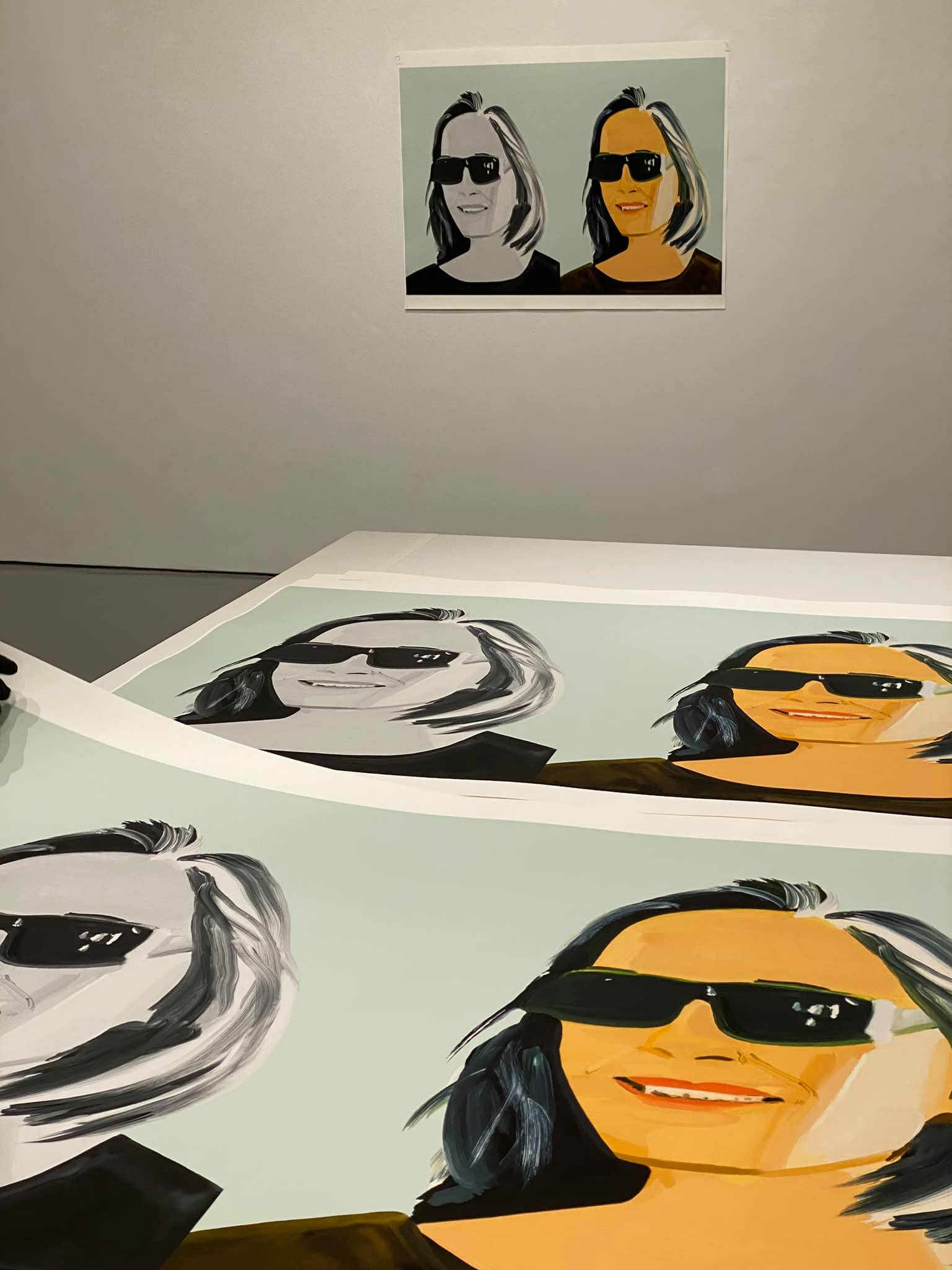 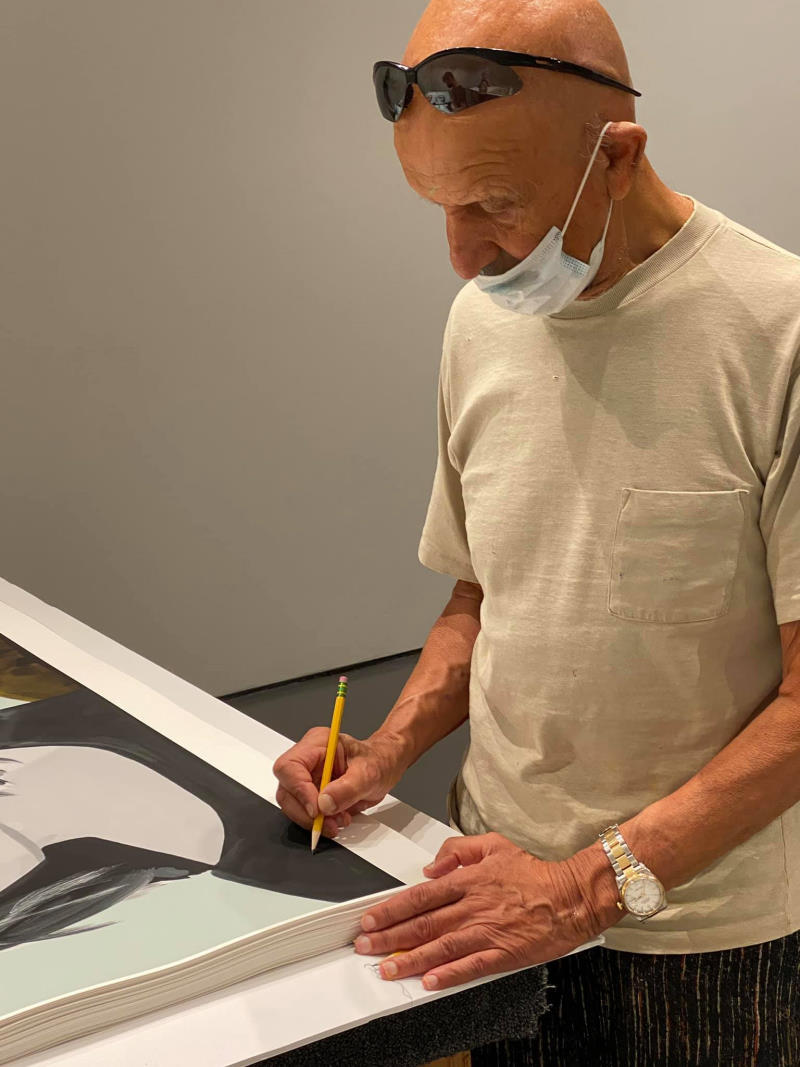 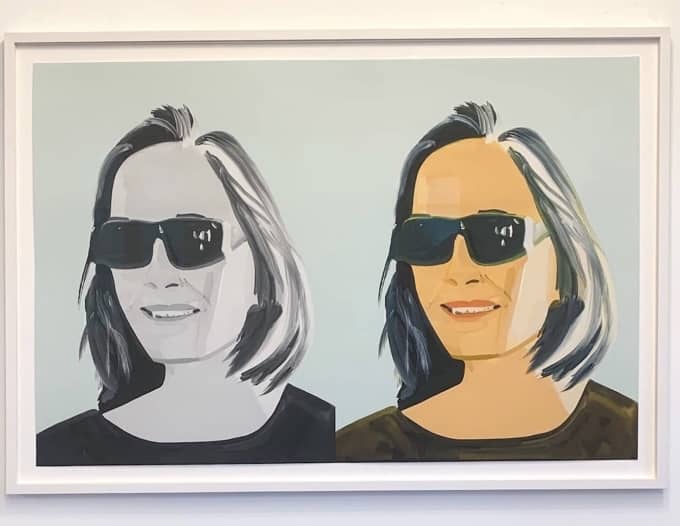 Alex Katz wife Ada is his most important model and muse. This is also the case in the work ADA X 2. Katz is known for his linear and simplified portraits, which are characterized by an economy of gesture or, as the artist describes it, by the rapid passing of things. His paintings focus on the attitude of a present moment, regardless of the specifics of the subject portrayed. There are numerous historical references in his work, from Japanese block printing, Matisse and Monet to Jackson Pollock, Degas and, of course, Pop Art. The long-term career prospects of a muse are uncertain at best. “After Picasso, only God,” remarked Dora Maar, the artist’s mistress and herself a gifted photographer who spent the second half of her life in cloistered seclusion after her nine-year affair. Modigliani’s last mistress, Jeanne Hébuterne, the one with the swan-like neck and almond eyes, met her end by jumping from a fifth-floor window the day after her painter’s untimely demise. Ada Katz has been Alex Katz’s muse for more than half a century. Her presence is as quiet and omnipresent as the smell of oil paint on his paintings. In the 1960s, he portrayed her as a sleek, mysterious American sphinx in sunglasses and a sweater. Garbo talked; Ada, never. Her deep reserve is such that you can spend a very pleasant hour tête-à-tête with her and still wonder if you ever really met. This petite woman with an eerily familiar face was born Ada Del Moro in the Bronx to Italian parents from Abruzzo. From her mother, a skilled seamstress who made most of her daughter’s clothes for years, she inherited (according to her husband) her keen sense of style and disarmingly broad smile. She says she rather resembles her father, who had “Asian eyes” and “sensual lips.” (The classic Roman nose is still unspoken). This muse was trained as a research biologist at Brooklyn College and New York University. She went to Milan on a Fulbright grant to study tumor genetics and was working at the Sloan-Kettering Institute in New York when she met her future spouse at the opening of his two-person show at the artist-run Tanager Gallery on East 10th Street. (He says she was “already a legend in the art world”; she claims she was “shy about going into galleries.”) That was in October 1957; they married the following February. Did she feel she was signing up for representation in the next millennium? “Never,” she says. “I remember sitting with my hands on my lap, and the man I was interested in looking at my eyes, my ears, my shoulders. The whole thing was just very sensual. And I didn’t think I could handle it. But then it became just this thing that he was doing. I sat there and he painted, and that was it.” The Ada of the paintings tends to be stylishly dressed, but her appeal is less in her clothes than in how she wears them.