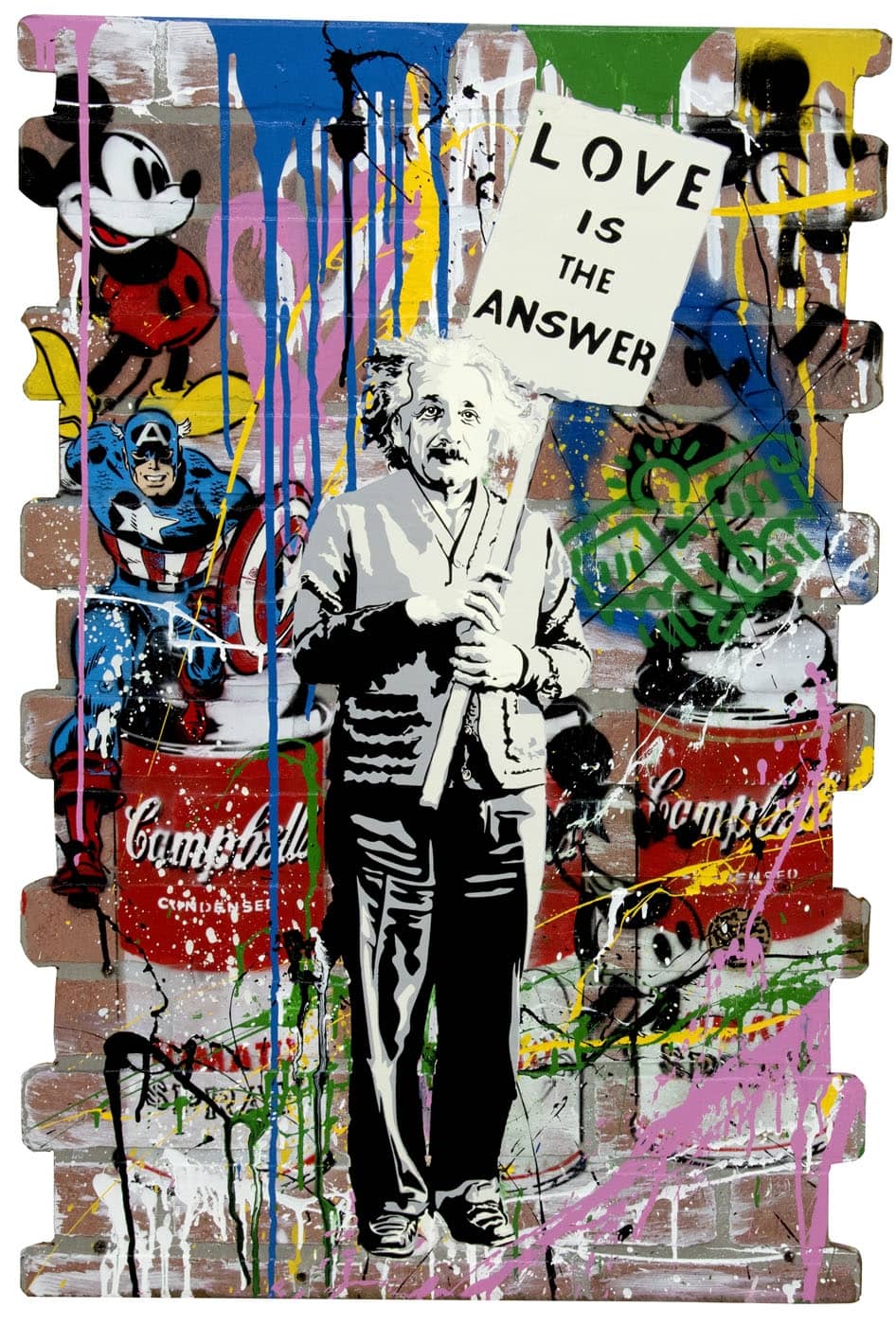 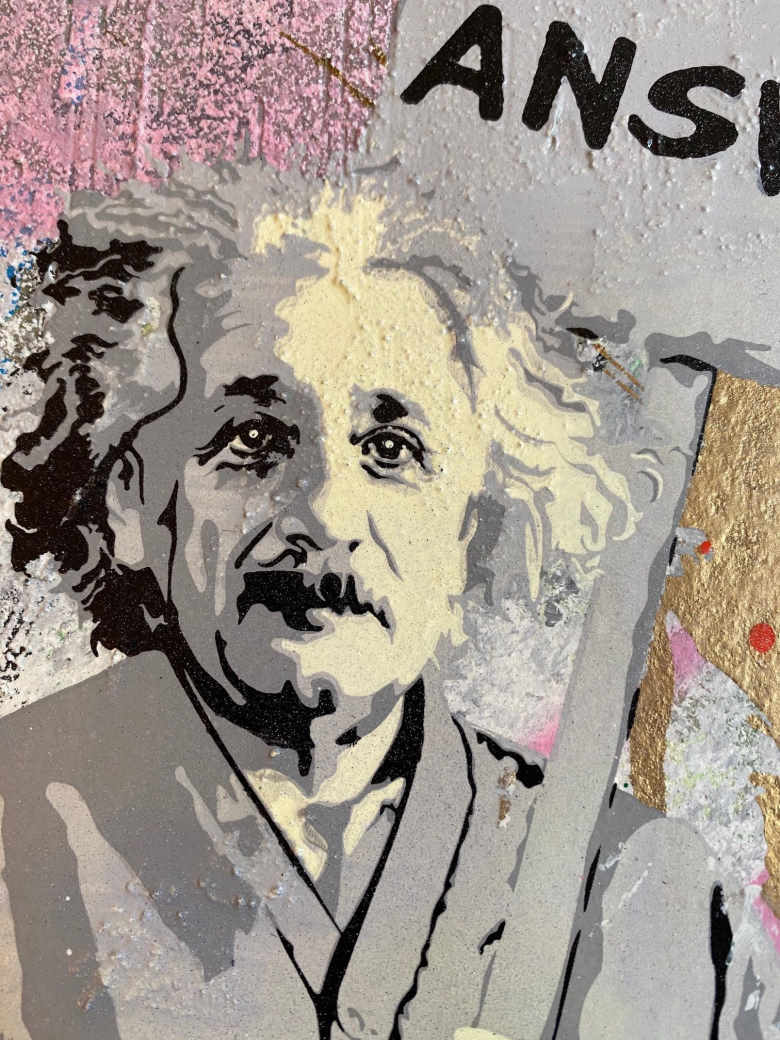 Albert Einstein is considered one of the main motifs of Mr. Brainwash. It is hardly surprising that Mr. Brainwash chose this personality for his originals and unique pieces. After all, the famous scientist was also known for his great sense of humor. Who does not know the photo with the outstretched tongue?

The “tongue picture” of Albert Einstein was taken on the occasion of his 72nd birthday, on March 14, 1951 in Princeton. On this special day, Einstein was repeatedly harassed by photographers. After all, Einstein was a media star and journalists wanted to hear what the great physicist and Nobel Prize winner had to say about world politics. But Einstein was repulsed by all the media hype. When he left the party after lunch, he could not escape the cameras. He had already taken a seat in the back of the limousine. Frank Aydelotte was waiting on his left, his wife Marie on his right. Again and again Einstein said, “Enough is enough, enough is enough…” but the paparazzi would not let up. Fully aware of the consequences, he stuck his tongue out at the stunned photographer Arthur Sasse with his mischievous laugh. He pressed the shutter, and thus was born the photo that would go around the world. A little later, he revealed to his secretary and lover at the time, Johanna Fantova: “The outstretched tongue reflects my political views.” By this he meant specifically the situation in America of McCarthy spying and accusations.

In the background of the work, as usual for Mr. Brainwash various stencils have been used so the work give your unique character. The main motif with Einstein is always the same, as graffiti artists also transport your stencil from place to place to position on different walls your artwork. The background varies each time. Mr. Brainwash often features motifs from Keith Haring, Andy Warhol or the Marvel Comics. Often also one of the mottoes of Mr. Brainwash like “Life is Beautiful” or “Follow your dreams”. The motif of Einstein can also be found subtly on the wall as graffiti in the Mr. Brainwash Edition of the VW Beetle. On October 14th 2010, an Einstein by Mr. Brainwash was sold in London at the Contemporary Art Day Sale at Phillips at £75,650. We are proud to present you for the first time a Mr. Brainwash Einstein on a brick wall.

Hardly any other street artist has experienced a comparably rapid rise as the Frenchman Thierry Guetta aka Mr. Brainwash, born in 1966 in Garges-lès-Gonesse. His path to becoming the most successful artist of recent years is closely linked to the name Banksy and his Oscar-winning film Exit Through the Gift Shop: In this documentary, the then unknown Mr. Brainwash is inspired to become active as an artist himself under the pseudonym Mr. Brainwash. The rumor therefore persists that the Frenchman Brainwash is a purely fictitious person invented by Banksy and that his works are actually created by Banksy. The latest Mr. Brainwash Mural was created in September 2021 in London at Battersea Power Station.