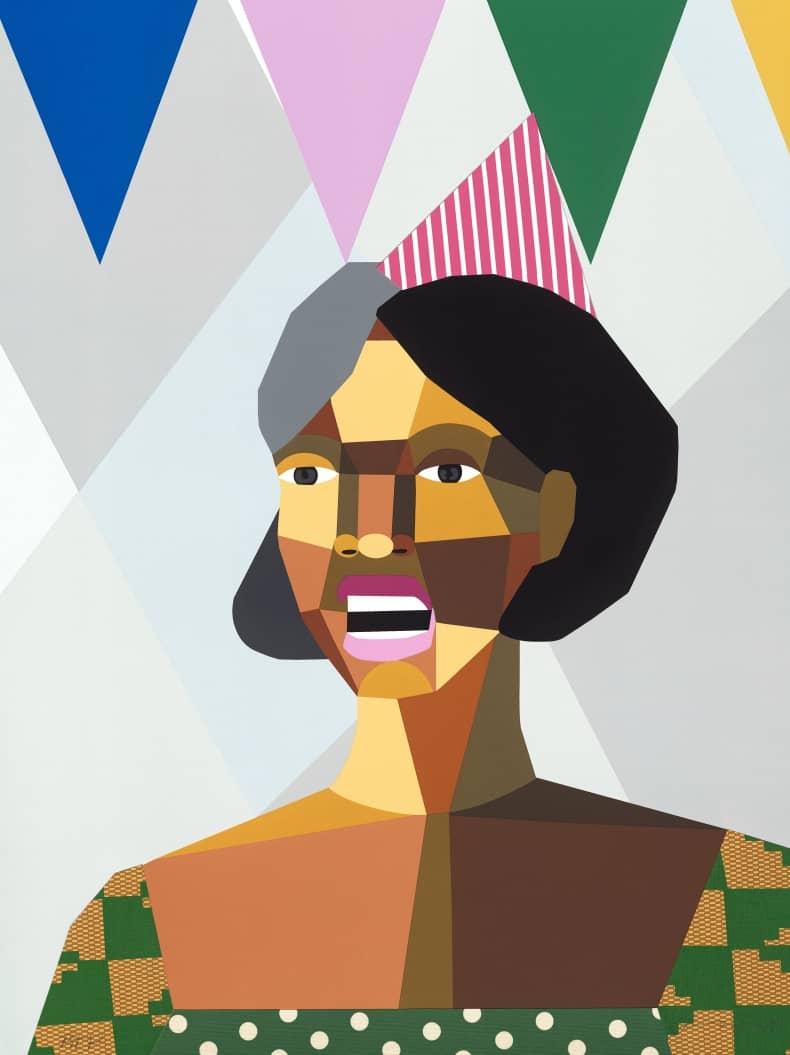 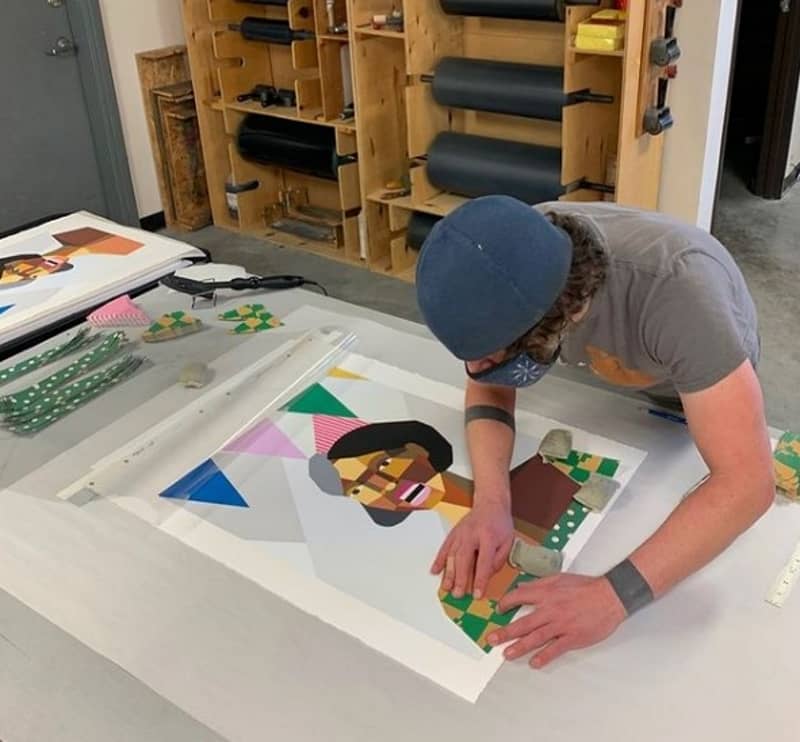 Derrick Adams 汇集艺术家德里克·亚当斯 is a Baltimore-born artist living in Brooklyn and New York. His critically acclaimed work includes painting, collage, sculpture, performance, video, and sound installations. His multidisciplinary practice is concerned with the ways in which individuals’ ideals, aspirations, and personalities become tied to specific objects, colors, textures, symbols, and ideologies. His work explores the influence of popular culture on the formation of self-image and the relationship between the individual and the monument, how they coexist and embody each other. Adams is also deeply concerned with how African American experiences intersect with art history, American iconography, and consumerism. Most notably in his Floater series, he portrays black Americans in their leisure time and posits that recreation itself is a political act when embraced by black communities. The radical nature of this position has materialized in Adams’ work in his Deconstruction Worker, Figure in the Urban Landscape, and Beauty World series. Formally, Adams’ practice is rooted in deconstructionist philosophies related to the fragmentation and manipulation of structure and surface and the connection of complex and unlikely forms. His tendency to layer, hybridize, and collage not only images and materials, but also different kinds of sensory experiences, links the artist to an estimable array of pioneers ranging from Hannah Höch and Henri Matisse to William H. Johnson and Romare Bearden. In Adams’ art, the process can also be understood as an analogy: “Everything we are is based on a certain construction,” he once remarked. Adams received his MFA from Columbia University and his BFA from Pratt Institute. He is an alumnus of the Skowhegan School of Painting and Sculpture and the Marie Walsh Sharpe Foundation’s Studio Program. Adams is the recipient of a Robert Rauschenberg Foundation Residency (2019), a Gordon Parks Foundation Fellowship (2018), a Studio Museum Joyce Alexander Wein Artist Prize (2016), and a Louis Comfort Tiffany Award (2009). He has been the subject of numerous solo exhibitions, including Where I’m From – Derrick Adams (2019) at The Gallery at Baltimore City Hall; Derrick Adams: Sanctuary (2018) at the Museum of Arts and Design, New York; and Derrick Adams: Transmission (2018) at the Museum of Contemporary Art, Denver. Adams’ work has been featured in numerous important public exhibitions, including Men of Change: Power. Triumph. Truth. (2019) at the National Underground Railroad Freedom Center, Cincinnati; PERFORMA (2015, 2013, and 2005); The Shadows Took Shape (2014) and Radical Presence (2013-14) at The Studio Museum in Harlem; The Channel (2012) at the Brooklyn Academy of Music; Greater New York (2005) at MoMA PS1; and Open House: Working In Brooklyn (2004) at the Brooklyn Museum. His work is in the permanent collections of The Metropolitan Museum of Art, The Studio Museum in Harlem, the Whitney Museum of American Art, the Virginia Museum of Fine Arts, and the Birmingham Museum of Art.

Longlati Foundation is delighted to present “Behind This Wall,” a joint exhibition of works by Derrick Adams, Amoako Boafo, and Vaughn Spann who each explore and redefine the idea of Blackness through portraiture-making.