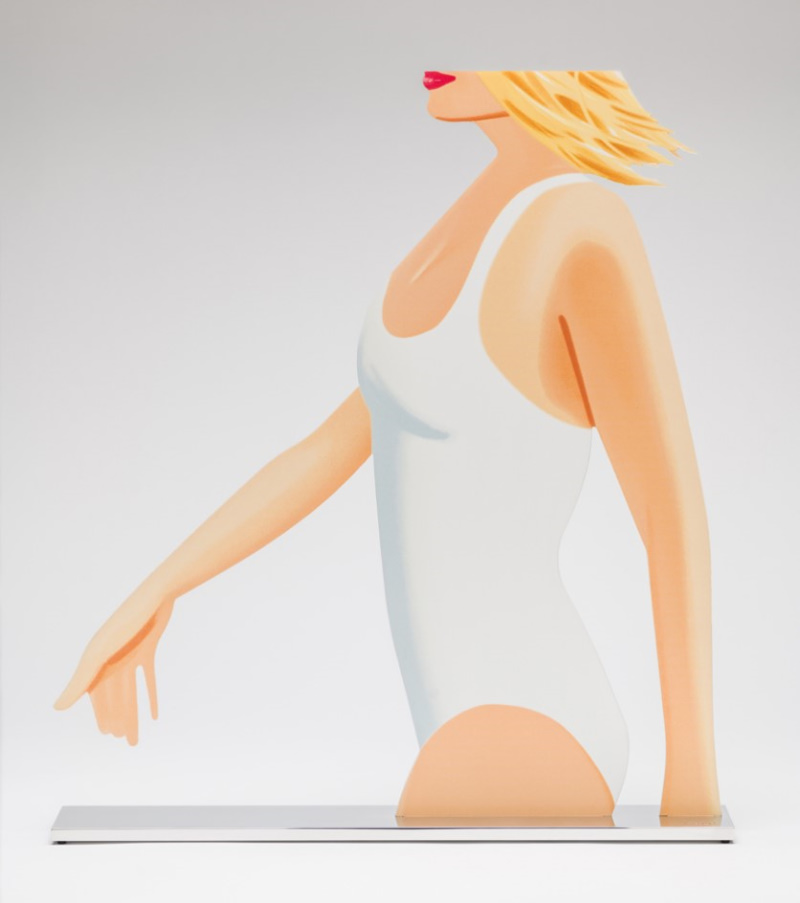 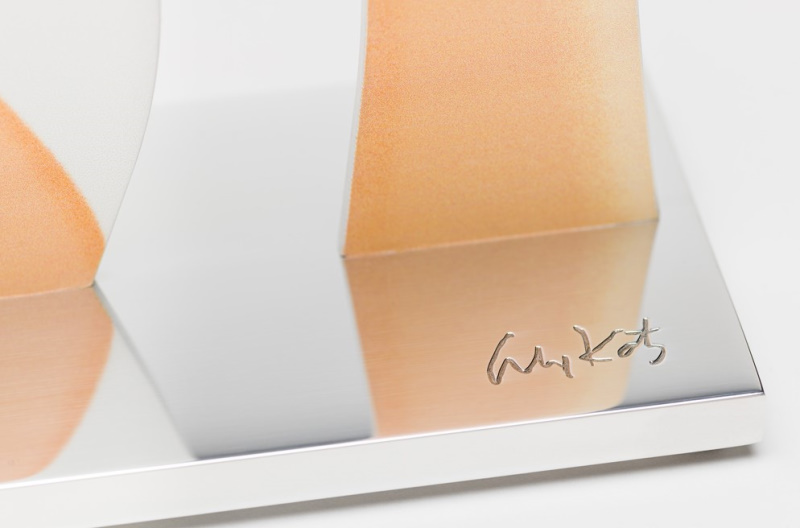 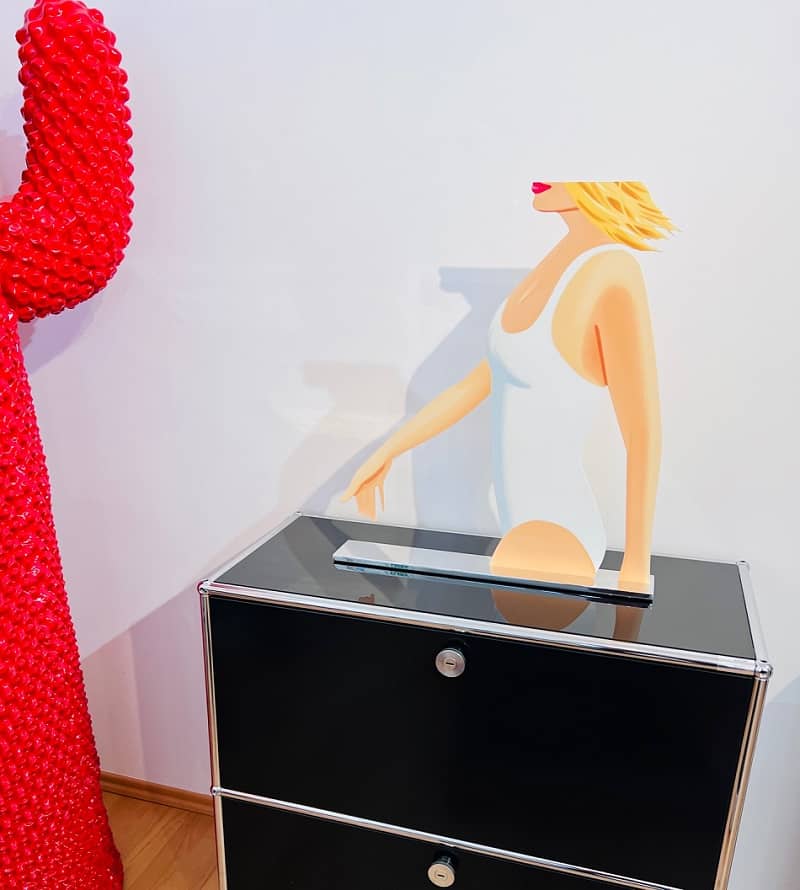 American Beauty – The image of the American dream woman in the 50’s and 60’s became a worldwide model and example for many generations, just like the American Dream and the American Way of Life. No other company in the world has spread and shaped this image more than the Coca Cola Company with its striking red advertisements. The series Coca Cola Girls by Alex Katz takes up these advertisements and their motifs and translates them in his own way. The girls and ladies in the flawless white swimsuits were a symbol of pop culture. Between 1890 and 1960, images of bold, sometimes heroic girls were an integral part of Coca-Cola’s advertising. They showed an idealized American woman and the myth of American Beauty was born. These images were practically pre-TV advertising, so they naturally exerted an enormous cultural and social influence on the visual language of the American cityscape. Alex Katz explains this phenomenon in these words:

That’s Coca-Cola red, from the company’s outdoor signs in the fifties… you know, the blond girl in the red convertible, laughing with unlimited happiness. It’s a romance image, and for me, it has to do with Rembrandt’s The Polish Rider. I could never understand that painting but my mother and Frank O’Hara both flipped over it, so I realized I was missing something. They saw it as a romantic figure, riding from the Black Sea to the Baltic.

Finally, these works deal with an important aspect of American history, as they deconstruct the inherited cultural and economic narratives in relation to the present moment.

Alex Katz’s paintings reflect choreographic movements of the female body, synchronized with the manual application of color based on a Renaissance technique called “pouncing”, which is used to transfer an image from one surface to another. This kind of thorough brushstroke is a demanding physical process and requires repetition, which Katz loves so much.

The homogeneous and strong red in the background contrasts beautifully with the white swimsuits of the exceptionally attractive ladies and thus unfolds the signal effect desired in advertising. Coca Cola has therefore also become the world’s most famous brand.

Alex Katz is perhaps best known for his linear and simplified portraits, which are characterized by an economy of gesture or, as the artist describes it, by the rapid passing of things. His paintings focus on the posture of a present moment, regardless of the specifics of the subject portrayed.

There are numerous historical references in his work, from Japanese block prints, Matisse and Monet to Jackson Pollock, Degas, and of course Pop Art. With the series Coca Cola Girls, however, Alex Katz succeeded in constructing an authentic, hybrid aesthetic that is difficult to categorize.

The history of advertising can tell you a lot about the development of 20th century art, as various companies commissioned artists to develop their visual identity. In the 1960s, Pop Art, which critically examined the effects of consumerism, appeared as a milestone in the American economy.

Starting from this point, the artist Alex Katz, who was formally trained in commercial art, creates dense and colorful narratives composed of a variety of media content: from close-up films to billboards and television commercials. Coca Cola Girls is certainly one of the most important series of works by Alex Katz.