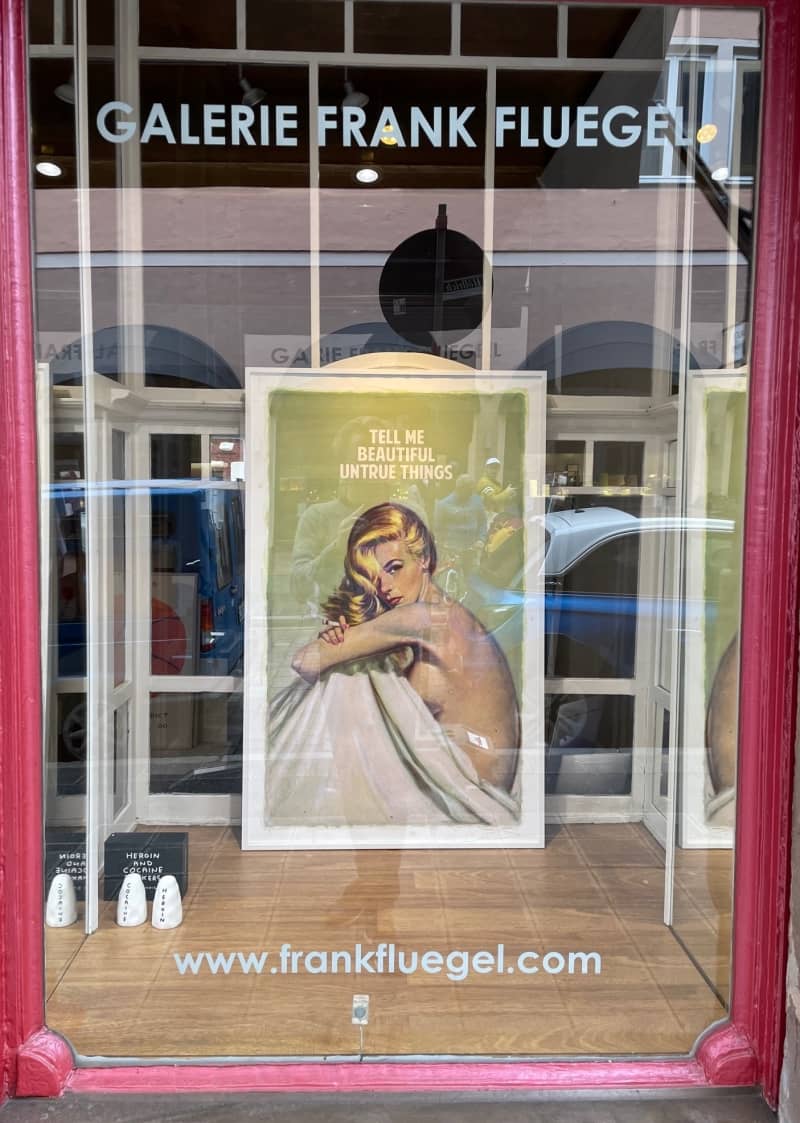 “Lying, the telling of beautiful untrue things, is the proper aim of art.” Quote from Oscar Wilde. After rising to fame in 2012 under the pseudonym The Connor Brothers, the once-secretive duo is now publicly known as James Golding and Mike Snelle. The talented artists draw inspiration from popular and historical culture such as the pulp fiction novels of the 1950s, 1960s and dime novels. Best known for their pulp fiction series, the two are also known for their activist work and playful hoaxes. Since 2013, the record price for the artists at auction has been $52,093 USD for two works, (I) The Truth Is Like Poetry; (II) Study for The Truth is Like Poetry, sold at Phillips Auctions in London in 2020. At Bonhams Prints & Multiples in Knightsbridge on 19. September 2019, an exclusive selection of 12 unique prints, specially created by the Connor Brothers, were sold to raise £100,000 in donations for CALM (The Campaign Against Living Miserably). The twelve donated prints represent the twelve men who take their own lives every day in the UK. The sale set several auction world records for the Connor Brothers’ works. The main lot, Every Saint Has A Past And Every Sinner A Future, sold for £25,062, with an estimate of £500-700.