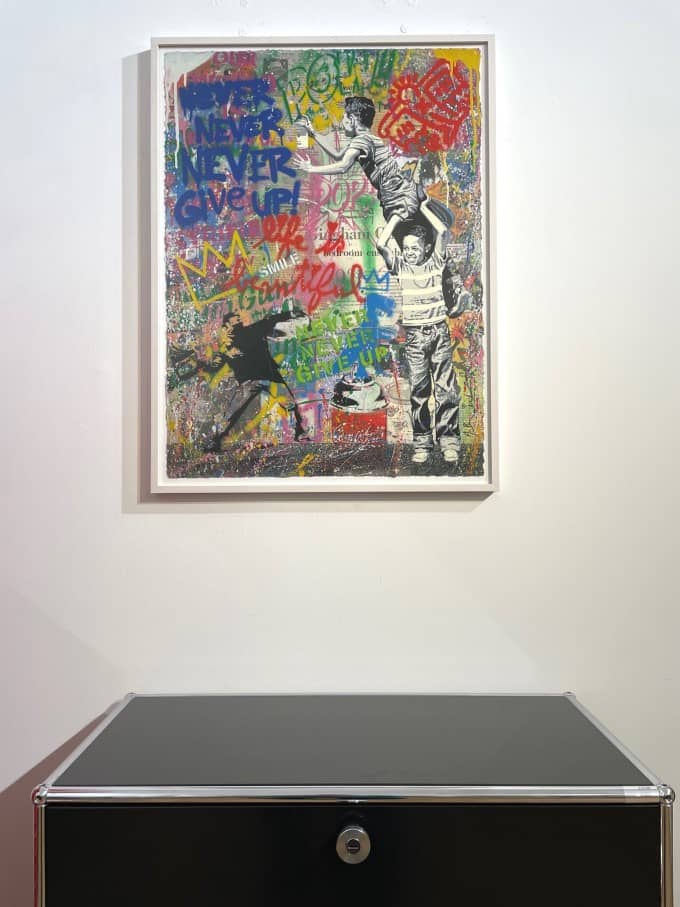 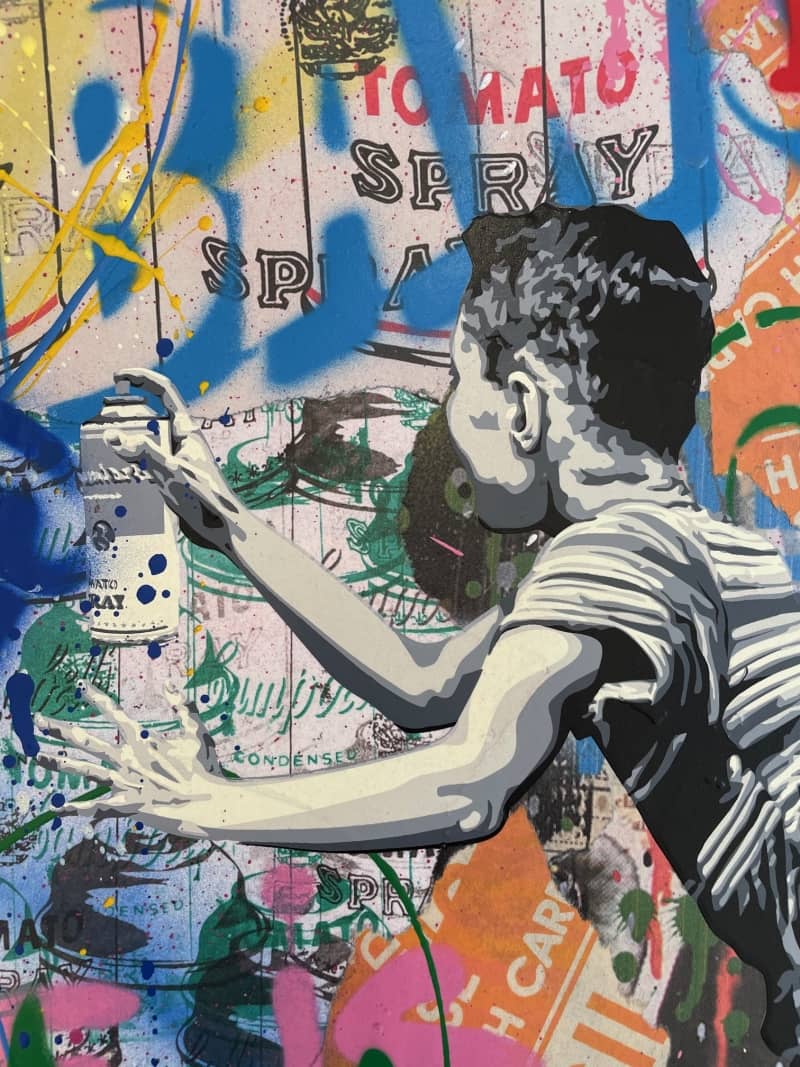 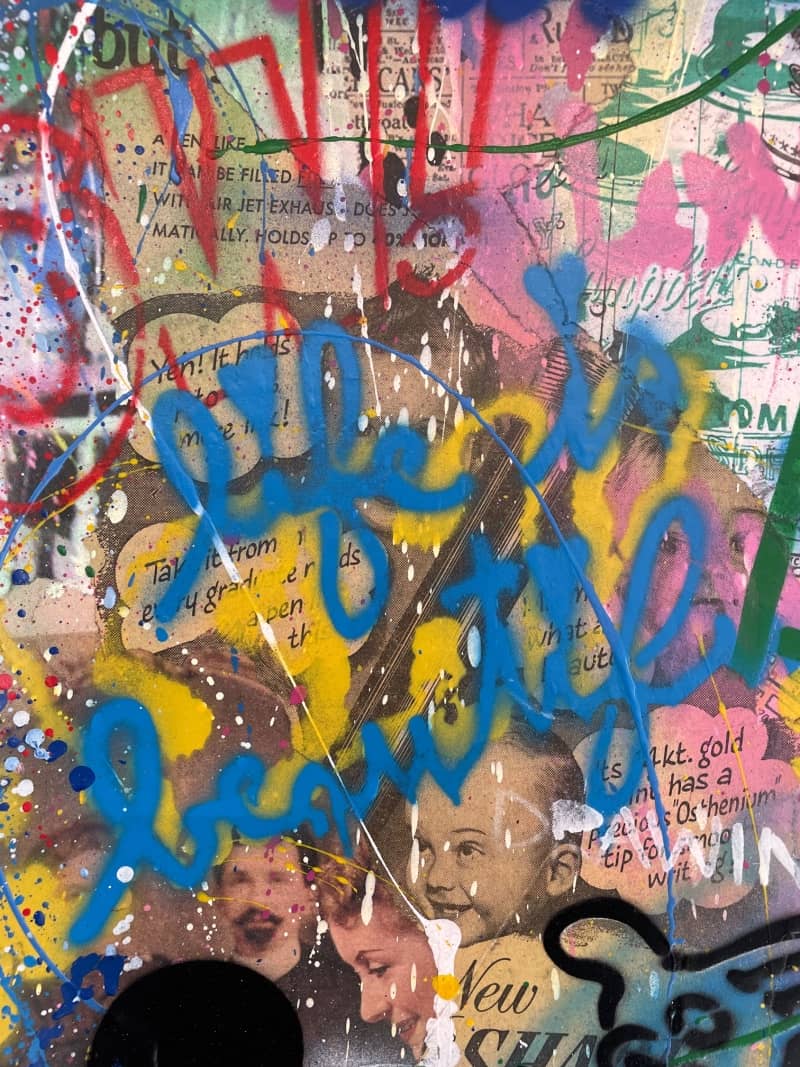 Never, Never Give Up brings well-known motifs and famous icons together in best Pop Art manner and spreads his messages of love and positivity with a wink.

Mr. Brainwash Never, Never Give Up!

Mr. Brainwash - Never, Never Give Up!

Cope2 has been active in street art for over 20 years, but did not gain international attention until the mid 90s. His work has appeared in ad campaigns for Adidas and Converse as well as in Time Magazine.

The wall painting “Never Never Give Up” shows a young child helping to lift another one while finishing a graffiti on the wall.

The phrase “Never Never Give Up” was used repeatedly by Mr. Brainwash thereafter, most recently in 2016 for the celebration of International Women’s Day alongside First Lady Michelle Obama at Union Market in Washington, D.C. He unveiled a series of huge, building-length murals on the theme of “Let Girls Learn.  Let Girls Learn is a US government initiative to educate girls around the world.
The murals are full of colorful hearts, clever allusions to pop culture, portraits and the slogans “Life Is Beautiful”, “Follow Your Heart” and “Love Is The Answer”.

“When we were thinking about how to reinforce the message of the day, we thought about art,” said Jennifer Maguire Isham, director of Union Market. “We had the walls, the artist had the creativity. It was the perfect mash-up of the Union Market message.”

“I’m honored to be so close to the White House here and I’m happy to be able to leave a trail,” said Mr. Brainwash. “I will come back and try to do more, because I feel that Washington, D.C. needs it. When I drive, I see so many empty walls that could send messages to people that they should see life more beautiful and never give up.

Mr. Brainwash believes that art has the power to be transformative and create community.

“Art can change the world because it is something that speaks loudly but is very quiet,” he says. “It’s just a very strong message that sometimes, even if you’re very quiet in life, when you see it, you could scream inside. Sometimes we need to make a change to be happier and more grateful for what we have”.