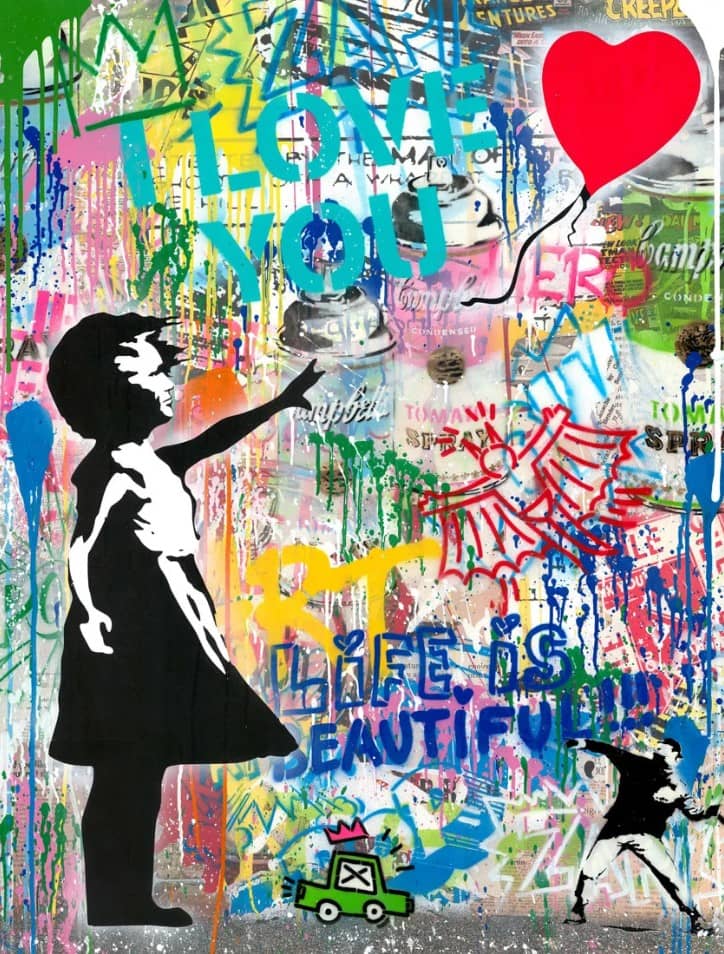 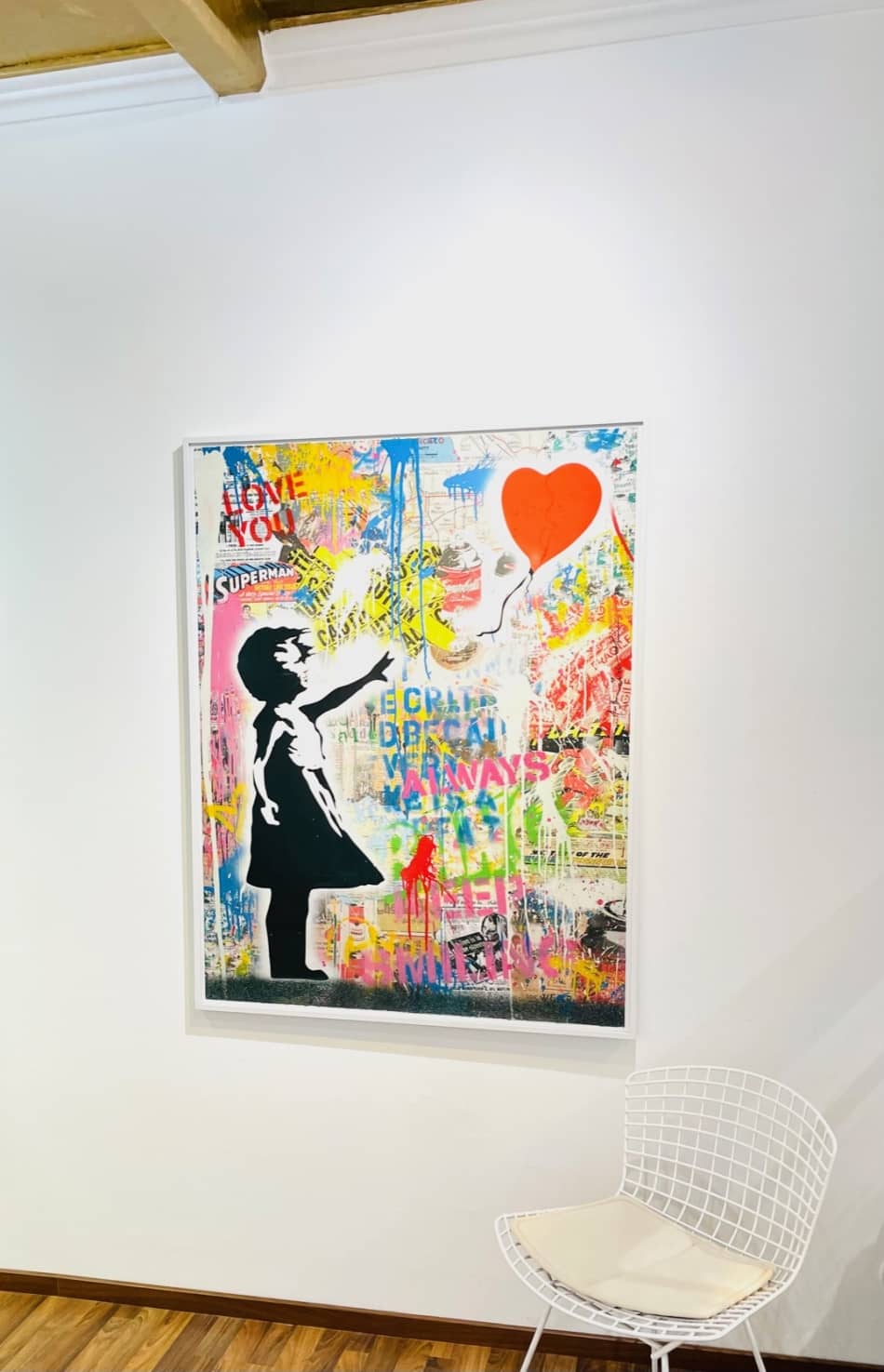 Girl with Balloon (also known as Balloon Girl or Girl and Balloon) is a London series of stencil paintings by graffiti artist Banksy, begun in 2002. The Balloon Girl by Mr. Brainwash (Thierry Guetta) goes back to such a work of his mentor with whom he also made his documentary “Exit Through the Giftshop”.  It shows a young girl with outstretched hand pointing to a red heart-shaped balloon carried away by the wind. The first work was on Waterloo Bridge, and there were other murals around London, none of which have survived. Banksy has used variations of this design on several occasions to support social campaigns: in 2005 on the barrier in the West Bank, in 2014 on the Syrian refugee crisis, and also on the elections in Britain in 2017. In a Samsung survey in 2017, Girl with Balloon was rated the most popular artwork in the United Kingdom.

The Banksy Balloon Girl wich was shredded live during the Sothebys auction in 2018 will again be for sale now. Love is in the Bin, as the painting was soon renamed by Banksy’s authentication body, Pest Control, sold for £1.1 million (US$1.4 million). Today, Sotheby’s estimates Love is the Bin will sell for between £4 million and £6 million when it goes up for auction at an Oct. 14 evening sale in 2021.

Mr. Brainwash unique and original Art is for Sale online or directly at our gallery space. Buy Balloon Girl, Unique and Original Artwork with Prices and Quotations online with us.

Hardly any other street art artist has experienced such a rapid rise as the Frenchman Thierry Guetta aka Mr. Brainwash, born 1966 in Garges-lès-Gonesse. His path to becoming the most successful artist of recent years is closely linked to the name Banksy and his Oscar-winning film Exit Through the Gift Shop: In this documentary Banksy encourages the then still unknown Guetta to become active as an artist himself under the pseudonym Mr. Brainwash. The rumor persists that the Frenchman Brainwash is a purely fictional person invented by Banksy and that his works are actually created by Banksy. We certainly know that this is not true…