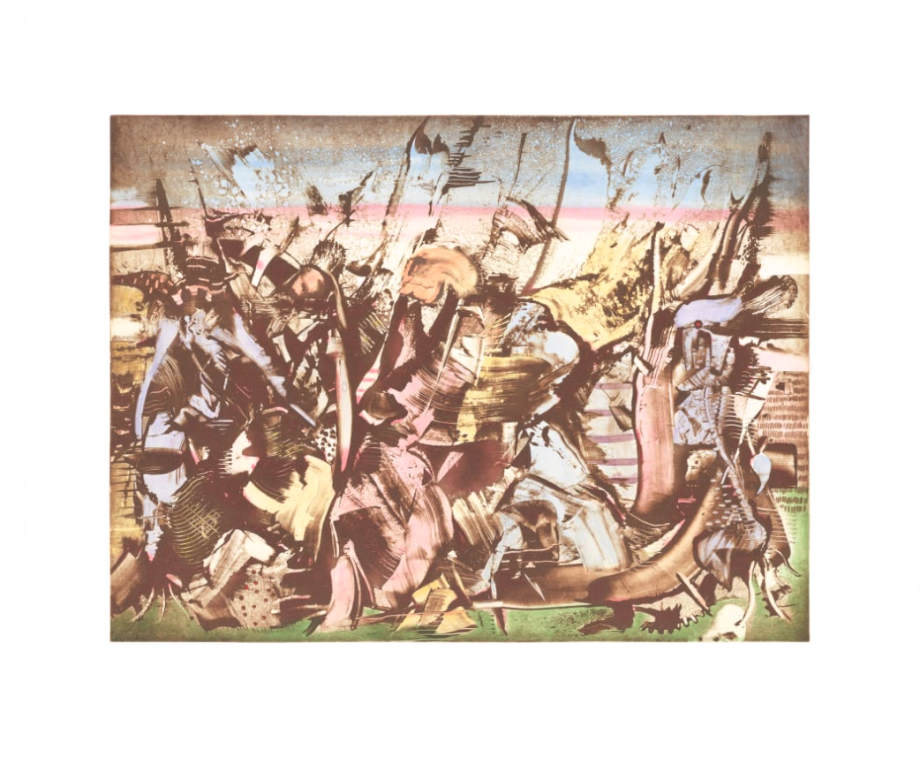 Ali Banisadr was born in 1976 in Tehran, Iran. As a child he moved with his family to California and later attended the School of Visual Arts, New York, until 2005 and the New York Academy of Art, where he graduated in 2007. He had his first solo exhibition in 2008 at Leslie Tonkonow Artworks + Projects in New York.

Banisadr’s work is characterized by dreamlike, hallucinatory and often chaotic landscapes. This theme is inspired by childhood memories, imaginary scenes, the history of painting and sound. Banisadr has synaesthesia (the ability to experience sound visually). As a small boy during the Iran-Iraq war, Banisadr moved to create a visual understanding of the sounds of explosions and air raids. These internal sounds guide his traces on the canvas and the plate to create layered compositions of disordered shapes and figures.

Ali Banisadr is one of those artists who are interested in a wide range of literature, philosophy and music. His Persian roots play a rather unconscious role in his work.
The painter is also fascinated by the German philosophers Arthur Schopenhauer and Friedrich Nietzsche. Ali Banisadr was inspired for the present work by Hieronymus Bosch.

Banisadr’s work has been exhibited internationally, most recently: