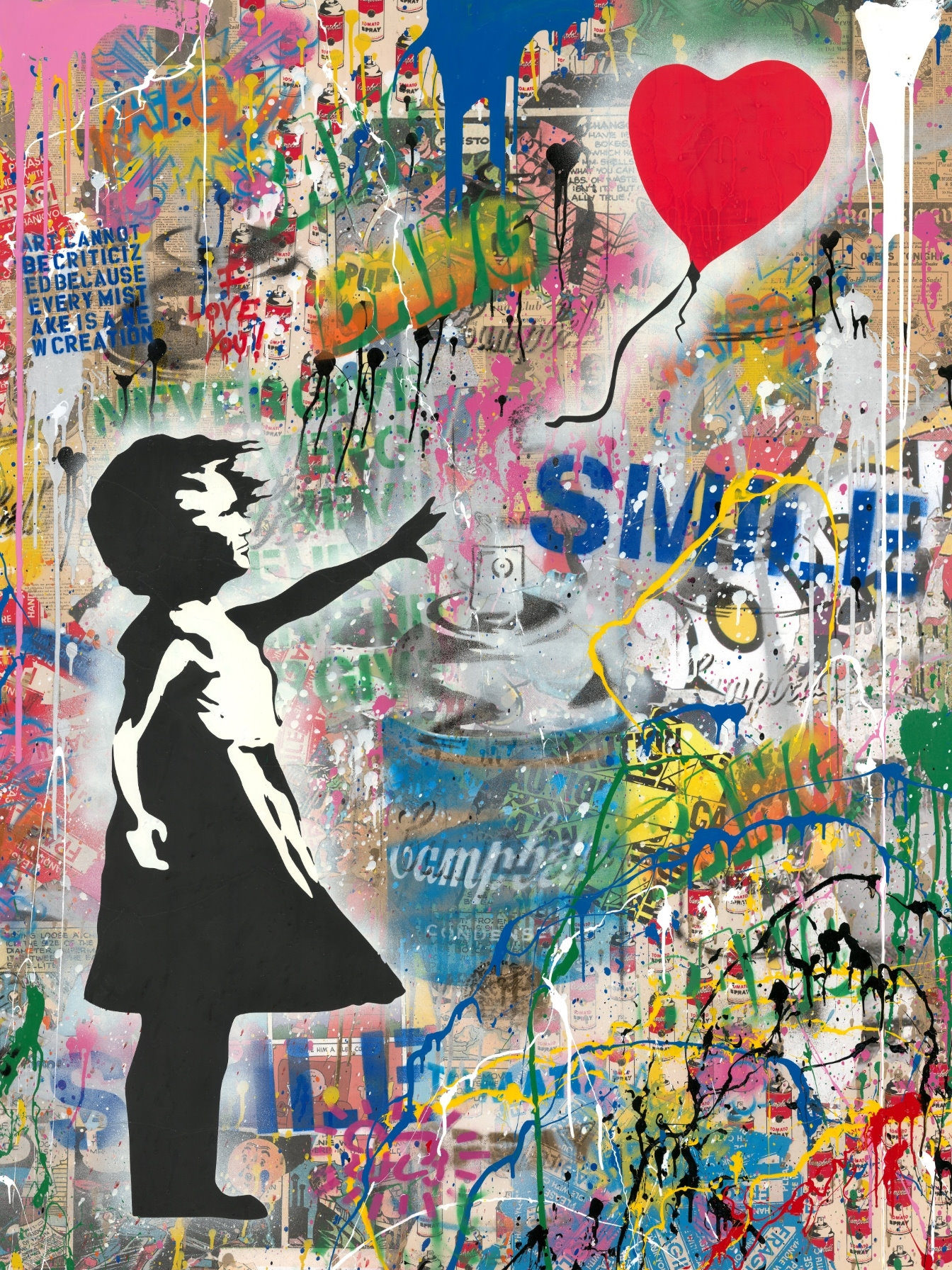 Compositions such as Balloon Girl, which are strongly reminiscent of the famous graffiti artist Banksy and use well-known Pop Art motifs, stand for the unmistakable style of Mr. Brainwash.

The Balloon Girl by Mr. Brainwash (Thierry Guetta) goes back to a work of his mentor with whom he also made his documentary “Exit Through the Giftshop”. Girl with Balloon (also known as Balloon Girl or Girl and Balloon) is a London series of stencil paintings by graffiti artist Banksy, begun in 2002. It shows a young girl with outstretched hand pointing to a red heart-shaped balloon carried away by the wind. The first work was on Waterloo Bridge, and there were other murals around London, none of which have survived. Banksy has used variations of this design on several occasions to support social campaigns: in 2005 on the barrier in the West Bank, in 2014 on the Syrian refugee crisis, and also on the elections in Britain in 2017. In a Samsung survey in 2017, Girl with Balloon was rated the most popular artwork in the United Kingdom.