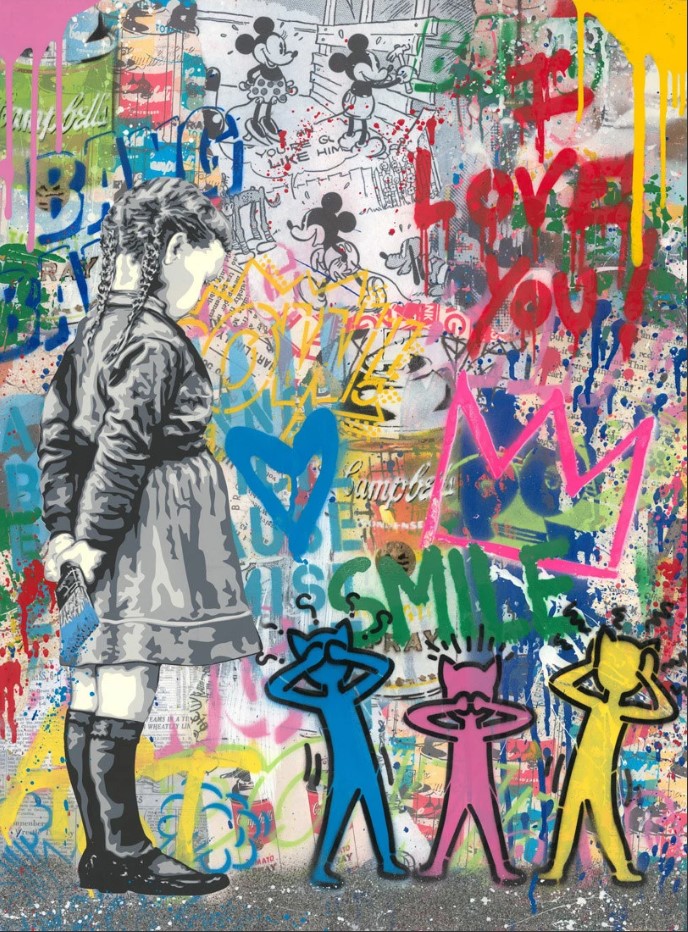 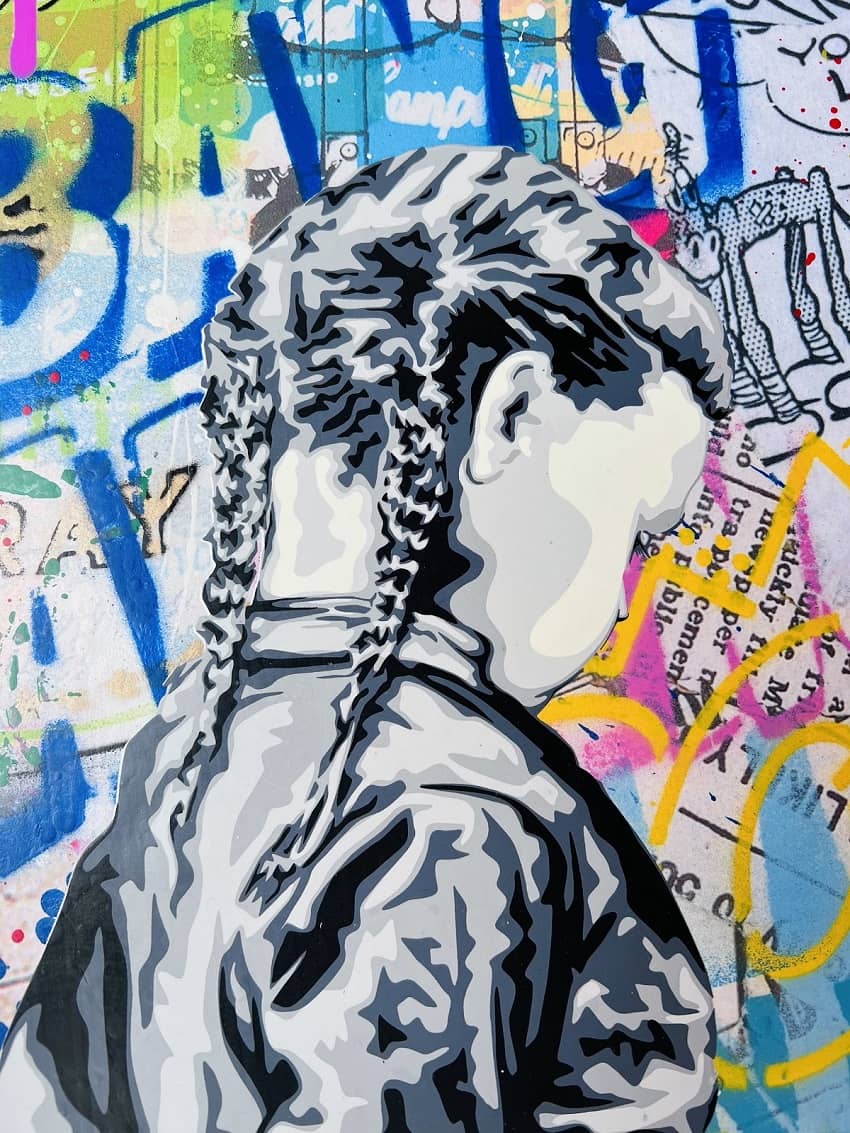 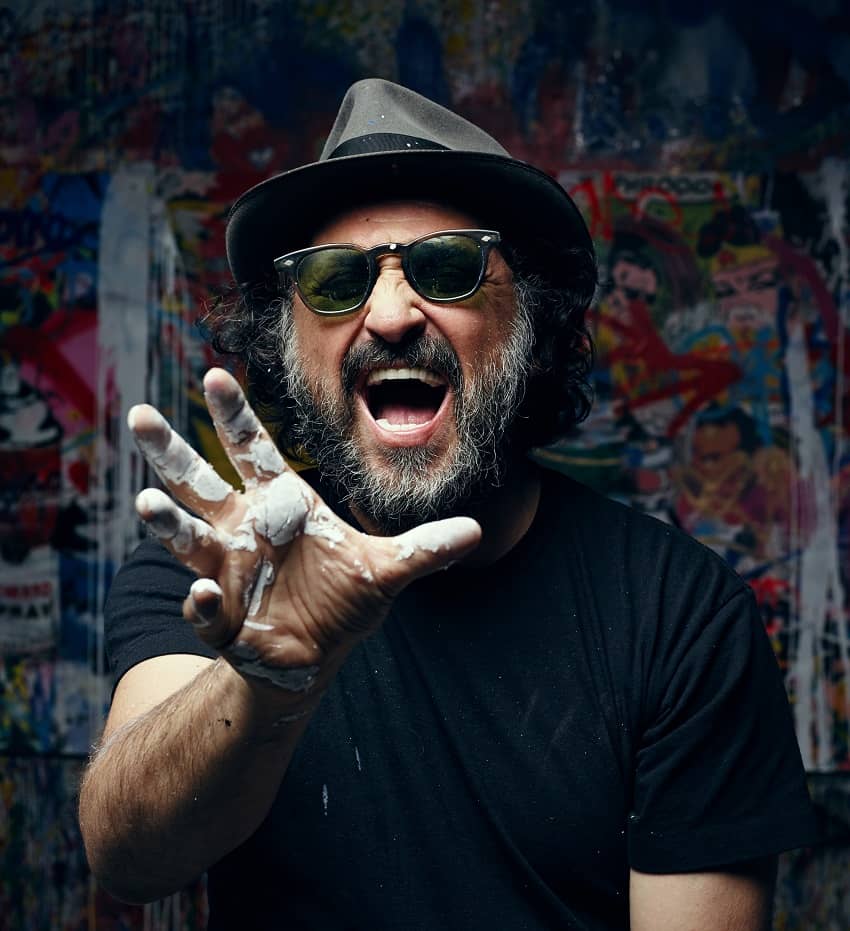 Artist Within is a mixed media artwork with acrylic paint, stencils (graffiti) and spray paint by Mr. Brainwash. As in many of his artworks, children and youth are the central theme of the image. The little girl with the two pigtails reminds at the same time of one of the main motifs of Mr. Brainwash, the Balloon Girl. Behind her back she holds a paint-smeared brush, just as if she had just painted graffiti on a wall.

Artist Within means the artist in you. Just as Andy Warhol proclaimed that everyone must have their five famous minutes, here Mr. Brainwash’s little girl becomes a street artist. Finally, Thierry Guetta has also unexpectedly become a worldwide street art phenomenon because he came into contact with the art during his filming of the documentary “Exit through the gift Shop”.

Mr. Brainwash repeatedly refers to artworks by his mentor Banksy and interprets them in his own way. In Mr. Brainwash’s works, the original white background is typically colorfully decorated with collages, silkscreens, stencils and comic books. The cheerful and light-hearted is thus made even more clear true to the motto of Mr. Brainwash: “Life is Beautiful” or “Follow Your Dreams”. Often the crown used by Jean-Michel Basquiat is also present as a symbol.

Hardly any other street artist has experienced a comparably rapid rise as the Frenchman Thierry Guetta aka Mr. Brainwash, born in 1966 in Garges-lès-Gonesse. His path to becoming the most successful artist of recent years is closely linked to the name Banksy and his Oscar-winning film Exit Through the Gift Shop: In this documentary, Banksy encourages Guetta, who was still unknown at the time, to become active as an artist himself under the pseudonym Mr. Brainwash. The rumor that the Frenchman Brainwash is a purely fictitious person invented by Banksy and that his works are actually created by Banksy is therefore persistent.

In 2022, the Mr. Brainwash Art Museum will open in Los Angeles, more precisely in Beverly Hills, in a building designed by Richard Meier. The unstoppable rise of the street art star continues.

Works of art by Mr. Brainwash are repeatedly sold at auctions for respectable prices. A monumental Mr. Brainwash was auctioned off at Phillips de Pury in New York with a remarkable price of around 98,000 euros / 114,000 US$ on 14.05.2010.