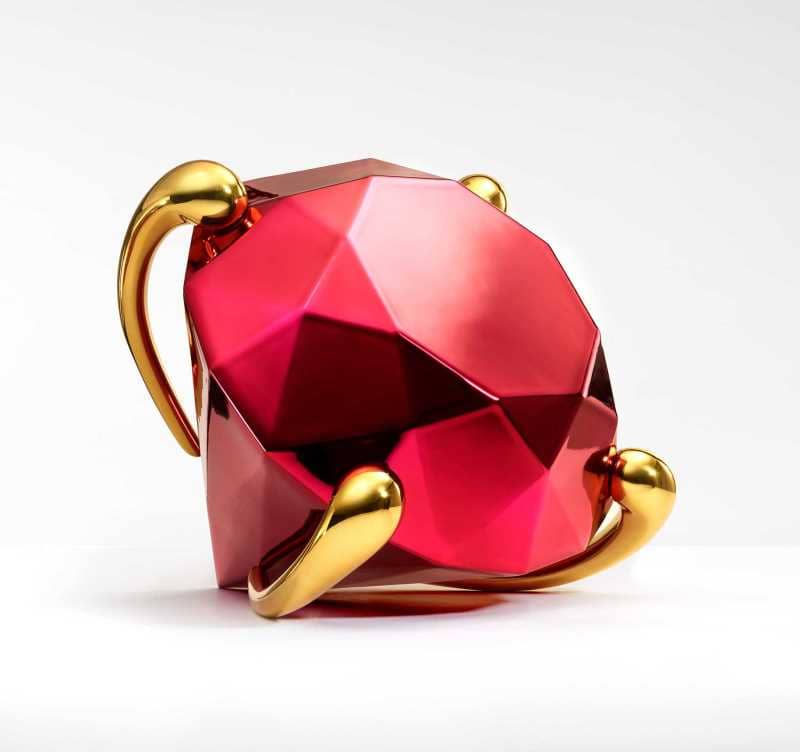 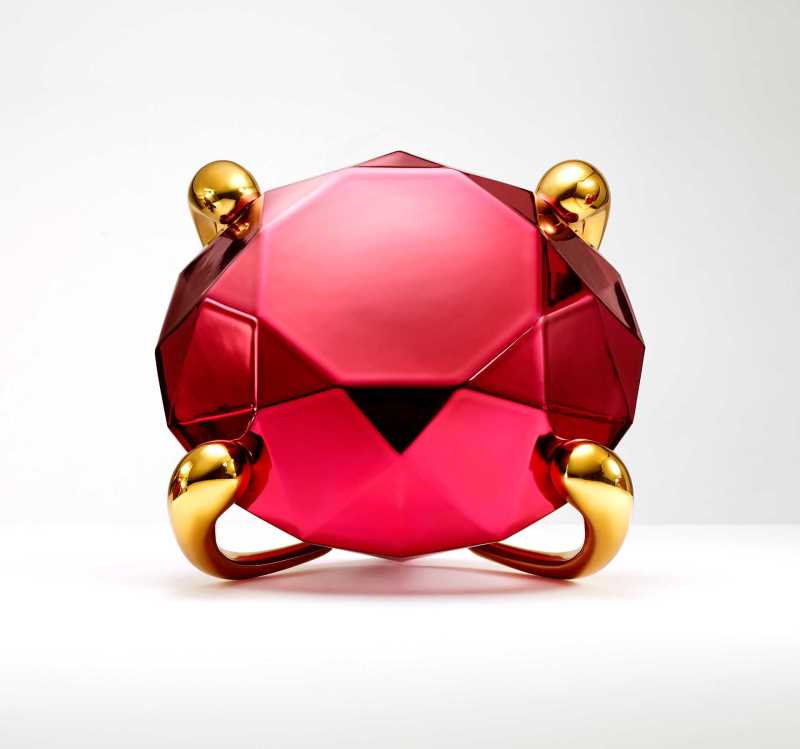 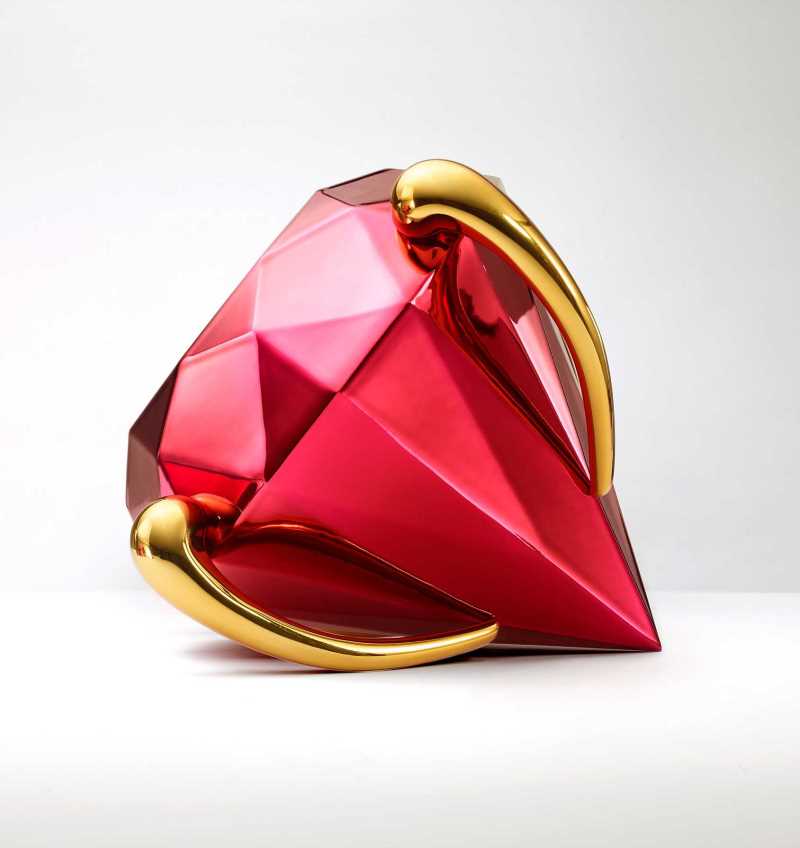 Jeff Koons has once again entered into a cooperation with the traditional porcelain manufacturer Bernardaud in Limoges to produce a new object. Since 1863 Bernardaud is a family business in Limoges, the epicenter of porcelain production in Europe. The Jeff Koons Balloon Dogs were also made there. The Diamond (Red) sculpture, made of porcelain, measures approximately 35 x 35 cm. In 2007, the larger-than-life version of Jeff Koons  Blue Diamond was sold at Christie’s auction to art dealer Larry Gagosian for $11.8 million. The Diamond (Red) is from Jeff Koons’ 1994 Celebration collection, a groundbreaking series that included sculptures and paintings of his iconic Balloon Dog, as well as other objects such as Cracked Egg and Hanging Heart. Koons’ other sculptural representations of animals include Rabbit, a three-foot version of which sold for more than $91 million at Christie’s in 2019. That sale holds the record for the most expensive work by a living artist sold at auction. Between Art and Kitsch / Jeff Koons Born in Philadelphia in 1955, Koons wanted one thing above all: to become rich and famous. After studying art, he worked for a few years from 1976 at the Museum of Modern Art and as a broker in New York in order to be able to finance his works himself. Soon he created the first of his legendary Balloon Animals, and the shooting star of Neo-Pop Art was on the rise. The colorful 1980s came just at the right time for Koons, who cites Marcel Duchamps, Salvador Dalí, Pablo Picasso, and of course Andy Warhol as the most important artists who inspired him. In his works, Jeff Koons processes everyday objects that often have a strong connection to childhood. He imitates them, alienates them, exaggerates them, sexualizes them, or groups them with advertisements, photographs, or comics to create large-scale collages. Since the auction of the stainless steel sculpture Rabbit in 2019, Jeff Koons is again the most expensive living artist. Diamond (Red) has the potential to build on this success.