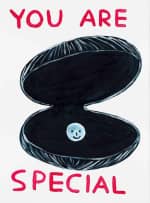 David Shrigley new at FRANK FLUEGEL GALERIE
David Shrigley's playful absurdity draws on references we can all share, and in this case is enhanced by color and minimal text. Serious themes such as death, love, insecurity, are tackled head on without apology.

GALERIE FRANK FLUEGEL has the British artist David Shrigley in the program since the end of 2019. The artist works with ironic wordplay and increasingly receives international awards.

David Shrigley was born in Macclesfield, UK in 1968 and studied at the Glasgow School of Art. He is primarily known for his satirical drawings with text, which poke fun at and showcase the banality of everyday situations with black humor. Most of his work consists of drawings, sculptures, installations and paintings. A great fan of music, he also repeatedly designs record covers.

David Shrigley lives outside Glasgow and continues to draw cartoons for publications such as the Guardian and the New Statesman. Shrigley was nominated for the Turner Prize in 2013, following his major retrospective at the Hayward Gallery in London entitled Brain Activity. In early 2014, he was commissioned to create a sculpture for the fourth plinth of Trafalgar Square. “Really Good” was unveiled in September 2016 for the Fourth Plinth Commission. From 2015 to 2018, the British Council-organized exhibition “Lose Your Mind” traveled around the world to six locations, including Shanghai, China, Seoul and Mexico. During the covid pandemic he created works like The World, or Fast Train to Shitsville. In January 2020, David Shrigley was awarded the Officer of the Most Excellent Order of the British Empire (OBE). In March 2020, Ruinart Champagne announced Shrigley as its Artist Carte Blanche for 2020.

The Pinakothek der Moderne in Munich dedicated the first major solo exhibition in Germany to him in 2014.

“The only thing remarkable about me is my normalcy.”

Having experimented time and again with works in various media, drawing remains the mainstay of Shrigley’s oeuvre. Meanwhile, limited editions and prints are also published in loose order and are usually sold out within a few months. The work I cannot live without you for example sold at Phillips Auctions in London on January 21st for a record price of 5,670 GBP.

David Shrigley’s playful absurdity draws on references we can all share, and in this case is enhanced by color and minimal text. Serious themes of death, love, insecurity, are tackled head on without apology. Like all his works, their strength lies in their deceptive simplicity and power to make the viewer laugh. 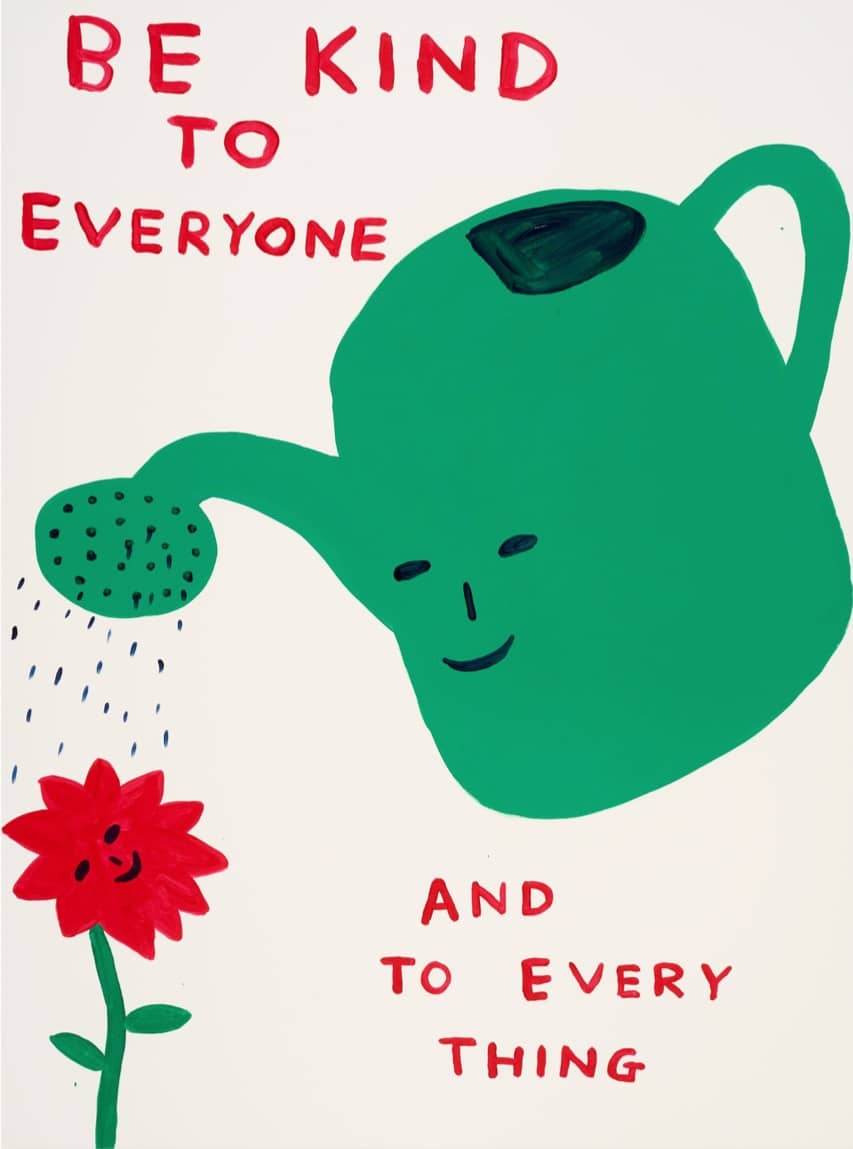 David Shrigley Be Kind to Everyone / Screenprint / signed, numbered / edition 125 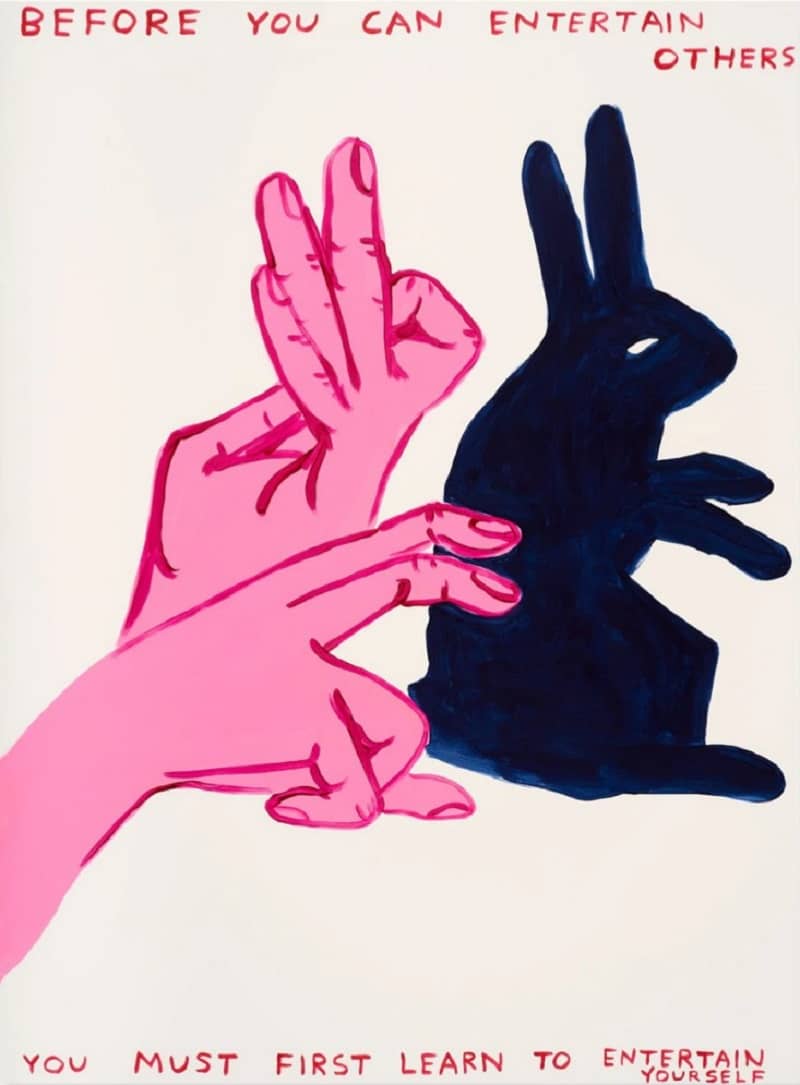 David Shrigley Before you can entertain / Screenprint / signed, numbered / edition 125 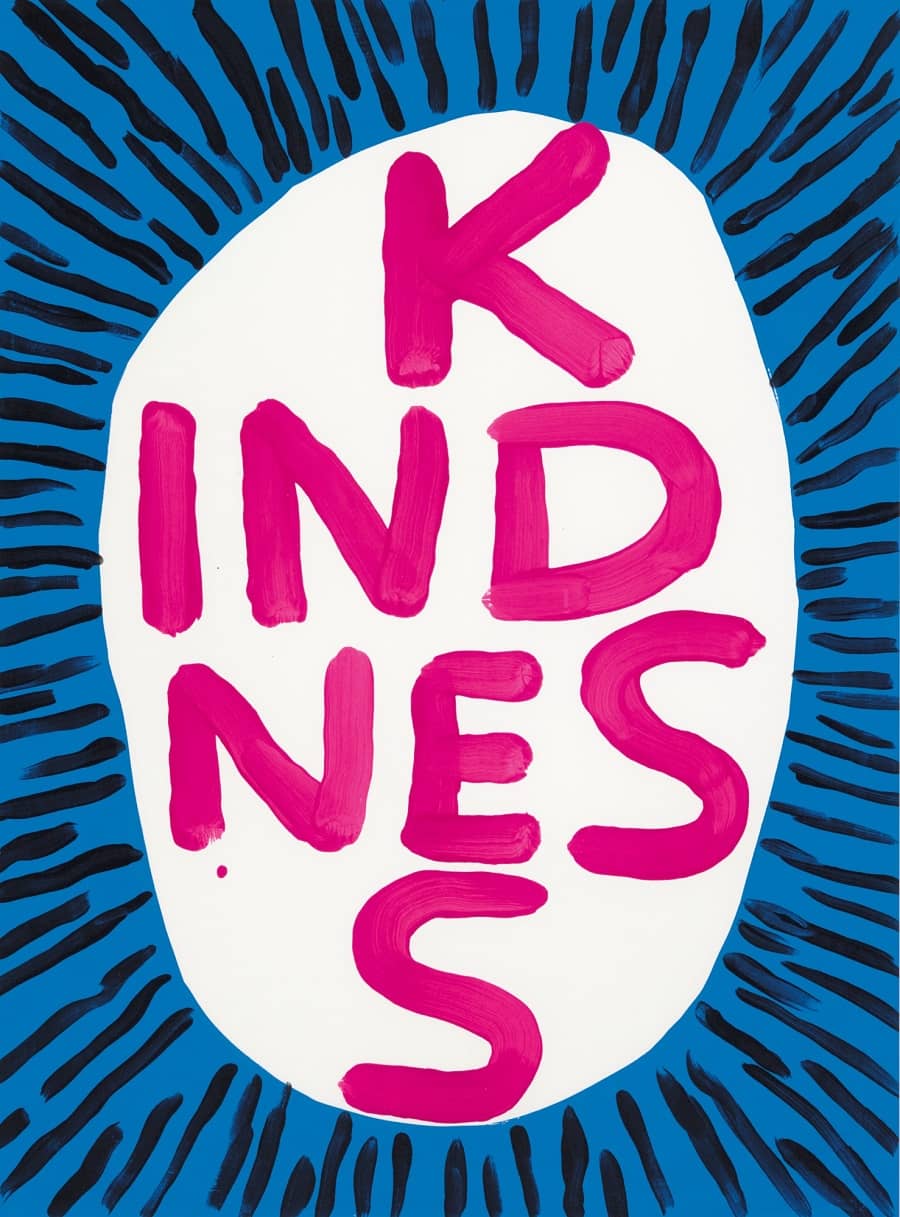 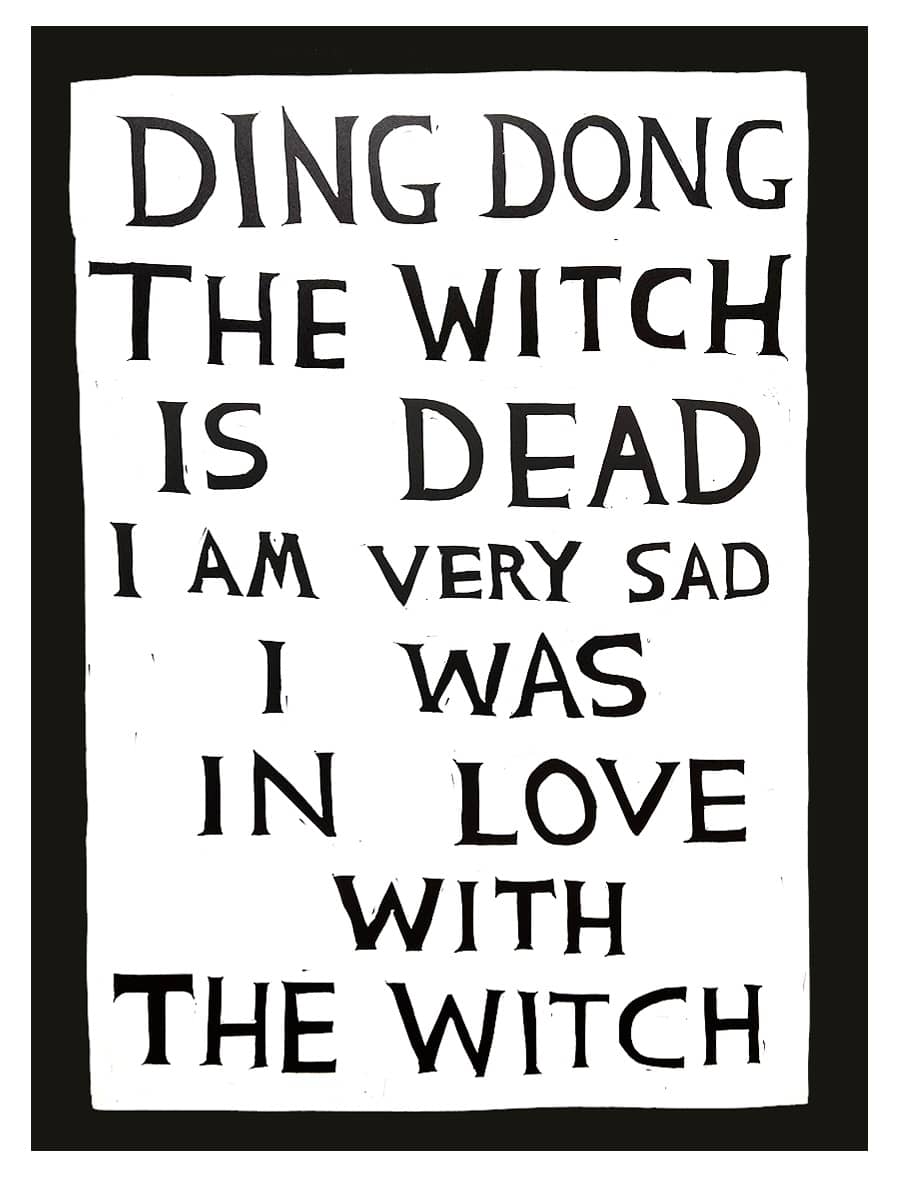 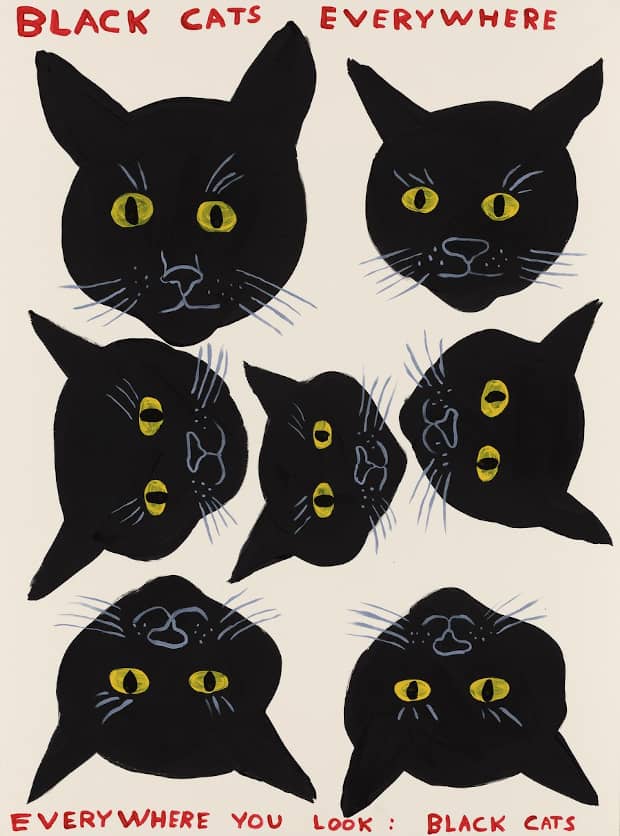 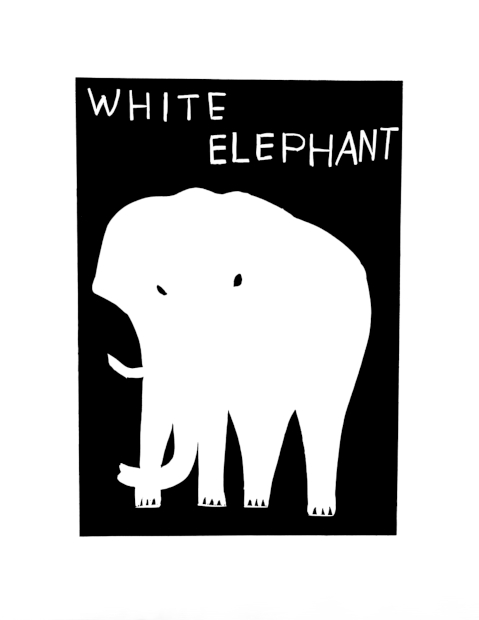 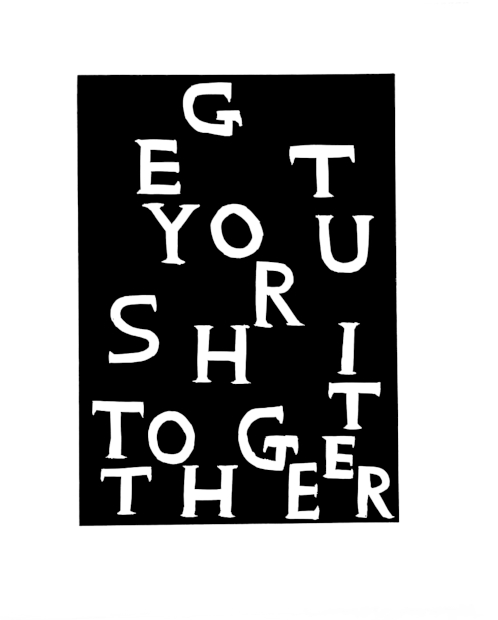 David Shrigley Get Your Shit Together / Linocut / signed, numbered / edition 100 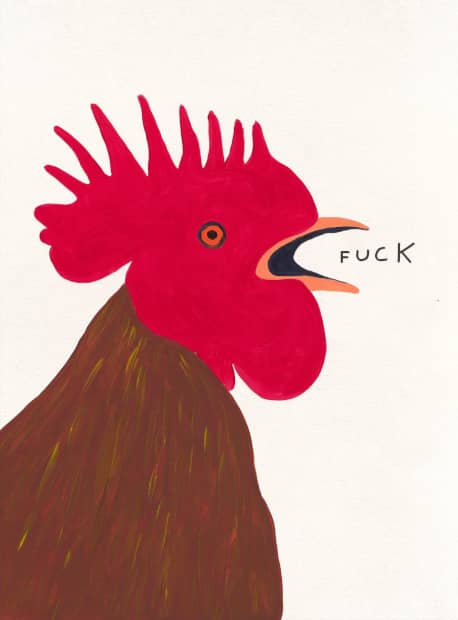 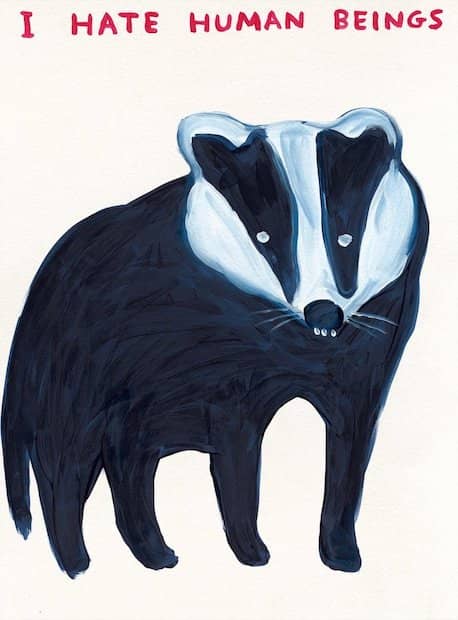