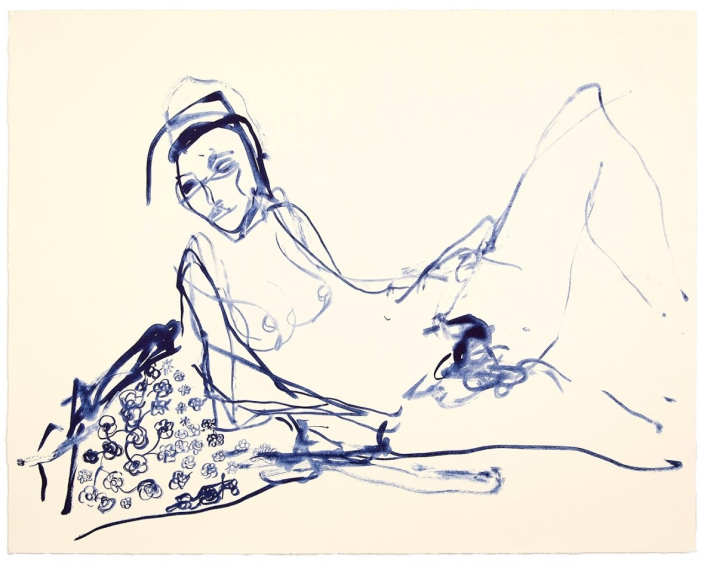 Tracey Emin I Loved My Innocence

“I Love My Innocence” by Tracey Emin was inspired by the theme of childhood. This new lithograph is closely related to her recent paintings in which Emin expresses the joy and suffering inherent in human existence. There is an unrestrained energy in Emin’s new works, as she powerfully inscribes emotional turmoil through a freer yet assertive form of gestural figuration. By focusing on her own body as a channel for her emotions, she ties in with a history of expressive figuration in art, from the moving realism of Käthe Kollwitz to the modernist Angst of Edvard Munch or the heightened sexuality of Egon Schiele’s female subjects. Emin’s “playfully transforming” solo exhibition “A Fortnight of Tears” at the London gallery White Cube was highly praised by critics earlier this year. Tracey Emin’s last major exhibition was “The Fear of Loving” in 2019 at the Musée d’Orsay, Paris. For this, the British artist selected drawings from the museum’s collection that are rarely shown to the public and brought them into dialogue with her own works.