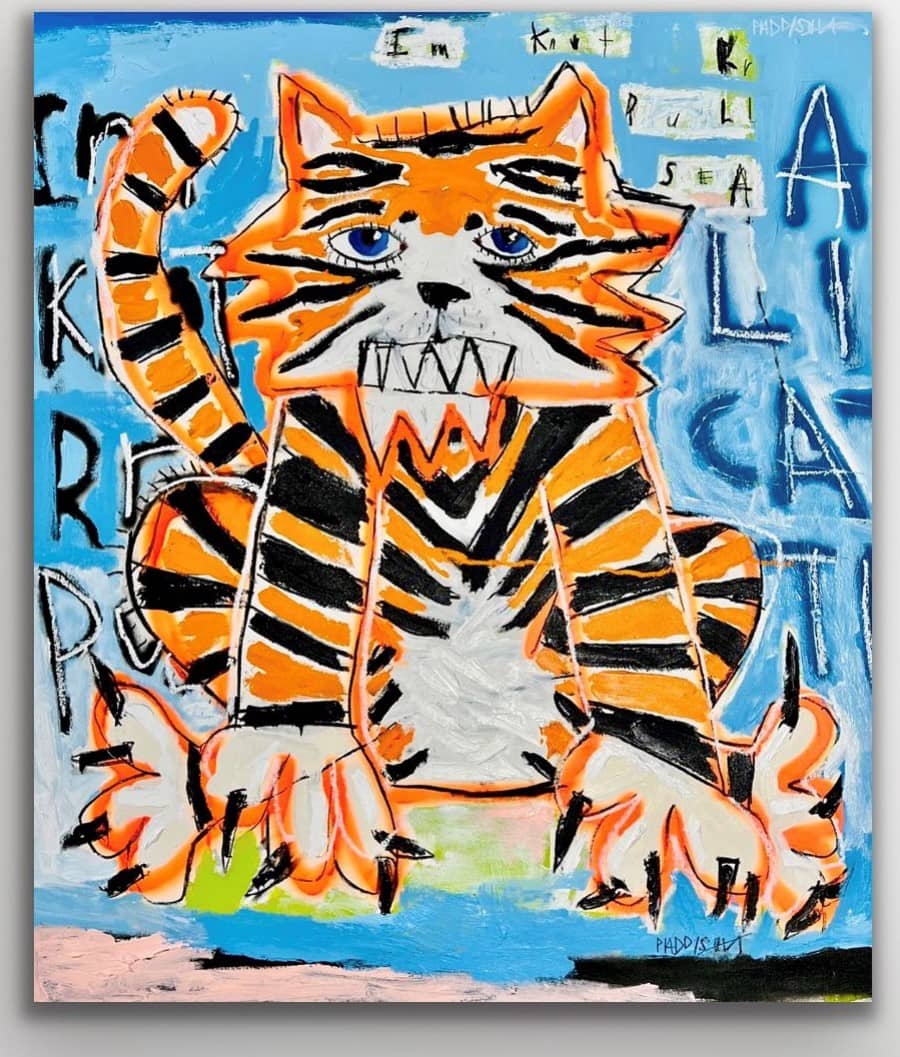 Nathan Paddison's Tiger paintings are experiential and informed by a troubled past. Their style is reminiscent of the works of Jonathan Meese, which are also raw, colorful and direct.

2022 is the year of the tiger in Asia. Even in ancient China, the tiger was praised as the “king of the animal kingdom”. Its character therefore corresponds to that of the monarch. Its alleged characteristics: Perseverance, bravery and passion. Many artists have painted tigers in the history of art. This year, the theme is more topical than ever. 寅 – Lunar Year of the Tiger – 호랑이.

Nathan Paddison, born in 1983, is an Australian artist whose works are characterized by self-expression and the ability to be himself without fear. He portrays subjects from his past, including his struggle with addiction, as well as animals such as the tiger in his life. Paddison focuses on color and energy, letting the canvas determine where the painting goes. He paints primarily with acrylics, but also uses enamels, pastels, markers, inks, oils and oil pencils. Nathan Paddison’s strong lines and approach to color palette blend closely with the physicality and urgency with which he works. The impatience and powerful language that emerge in Nathan’s work resemble a compulsion rather than a task. He has already won numerous prizes and awards