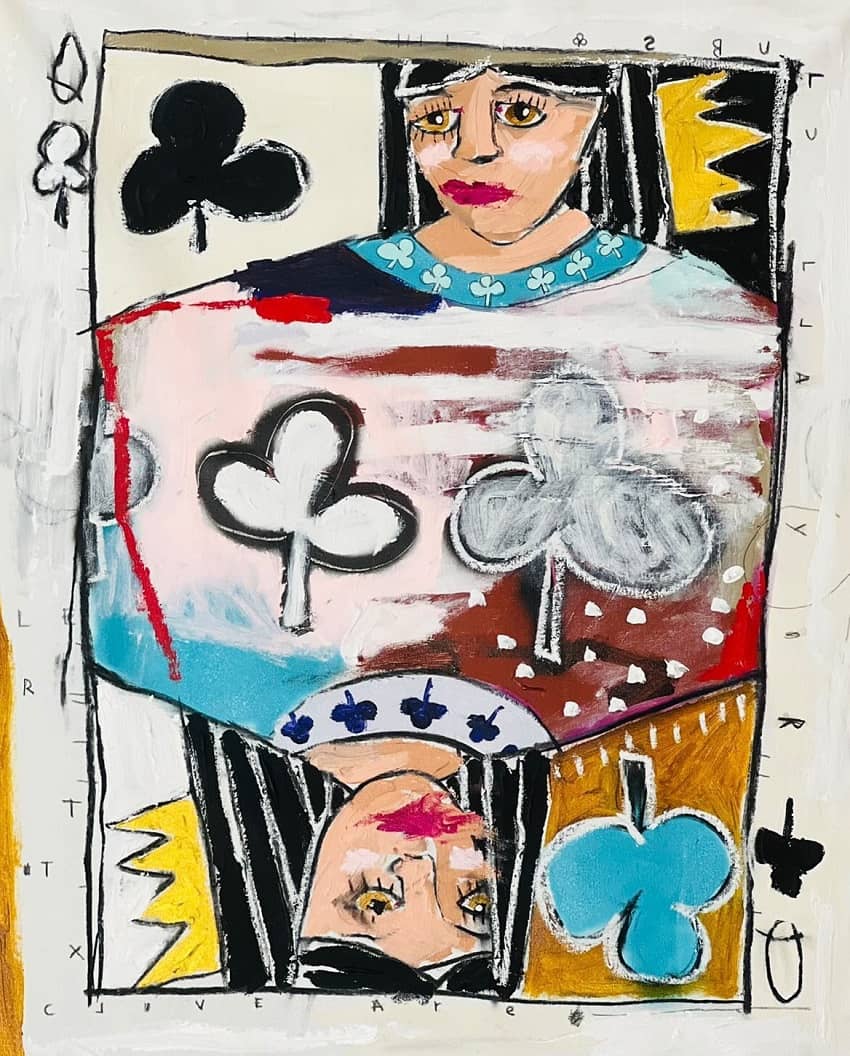 Nathan Paddison's paintings are experiential and drawn from a troubled past. They are reminiscent in style of works by Jonathan Meese, which are also raw, colorful and direct.

Roy all clubs is a painting by Nathan Paddison from the series of playing cards or poker. The series is probably one of the most typical and popular works of art by Nathan Paddison. In each painting, as usual on playing cards, the king or queen is depicted twice. However, in Nathan Paddison’s work, the top half is detailed and precisely executed, whereas the opposite figure is depicted in a crude, distorted, and sometimes angst-ridden manner. Furthermore, in all the paintings from the playing card series, a pun is built into the title. The terms king or queen are not directly designated but by omitting or combining several terms and letters, the word queen / king is phonetically contained when reading the title.