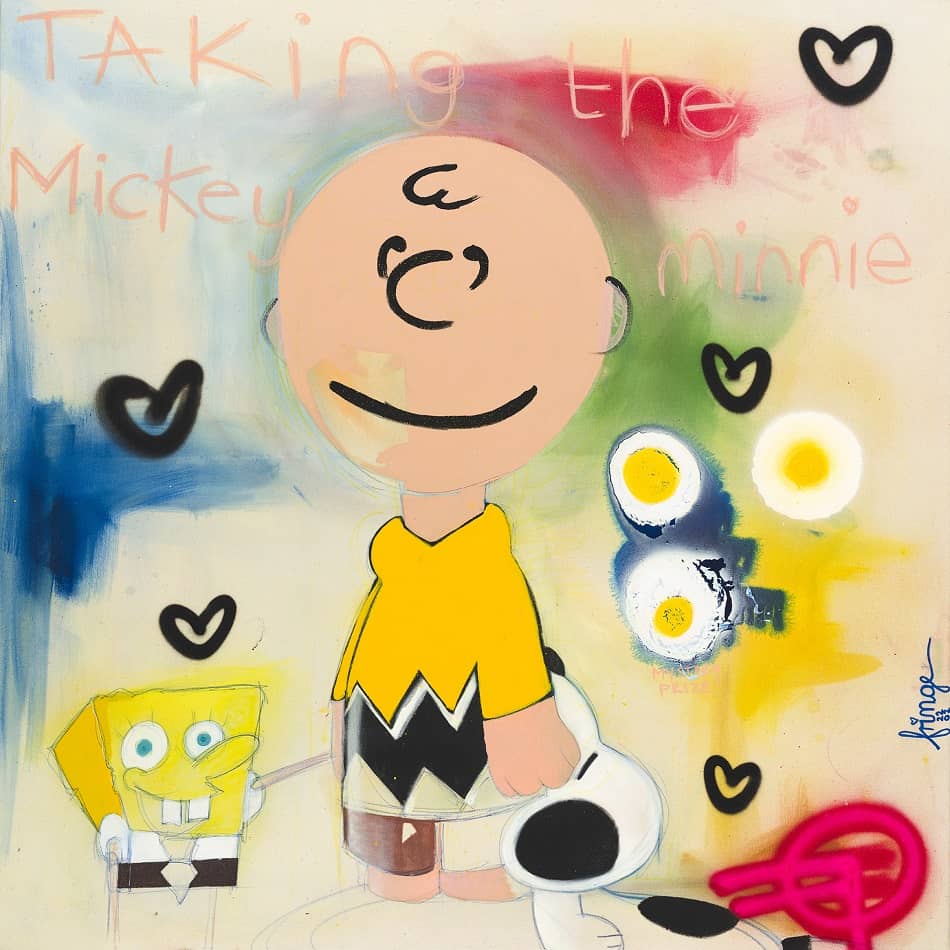 Taking the Mickey - The adventures of Snoopy.

Taking the Mickey is a painting by the artist FRINGE. You can see Charlie Brown surrounded by Snoopy and SpongeBob. The artist already had two solo shows in Europe that were completely sold out. In September 2017, an original artwork by Fringe was sold in London at a charity auction in aid of the African Ukuthemba Foundation. The work was auctioned off by Irish actor Graham Norton. In the context, Fringe’s art received extensive attention in Europe, the U.S. and especially Asia. In 2018, the first completely sold-out FRINGE exhibition in Europe took place at Desom Wine Estate in Luxembourg. In October 2019, Fringe had another solo show in Europe at the prestigious Monaise Castle in Trier, Germany. A second artwork was auctioned in London and achieved a new record price. As always with Fringe the artist, the Hermès unique piece of course includes the fried egg as a symbol. The egg is a symbol of development and nourishment, although it does not clearly represent positivity and health.