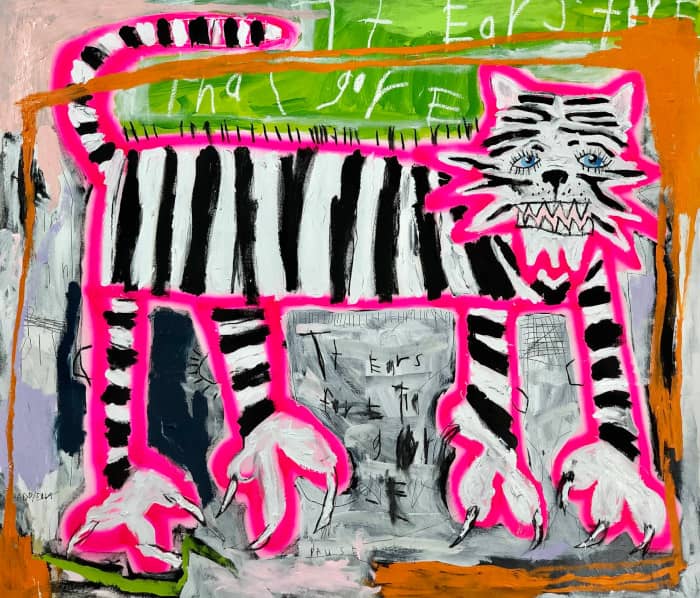 Nathan Paddison's paintings like the Tigers are experiential and drawn from a troubled past. They are reminiscent in style of works by Jonathan Meese, which are also raw, colorful and direct.

Tt ears fore Thai gore is a painting in mixed media technique by Nathan Paddison from Australia. 2022 is the year of the tiger in Asia. Even in ancient China, the tiger was praised as the “king of the animal kingdom”. Its character therefore corresponds to that of the monarch. Its alleged characteristics: Perseverance, bravery and passion. Many artists have painted tigers in the history of art. This year, the theme is more topical than ever. 寅 – Lunar Year of the Tiger – 호랑이.