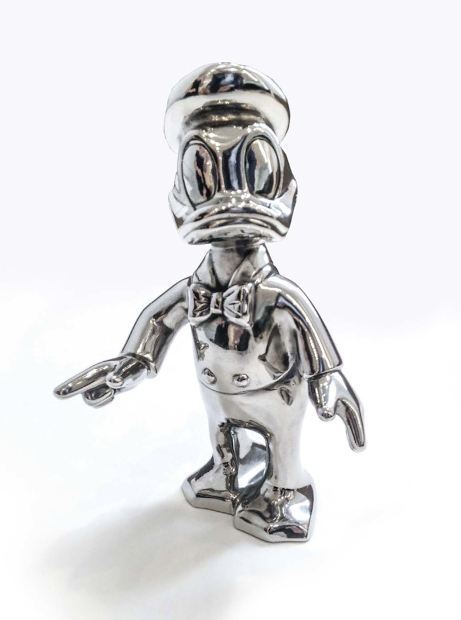 Heiner Meyer is a Pop Art painter and sculptor, he lives and works in Bielefeld. Meyer was born in 1953. He became interested in art and painting at an early age and had his first solo exhibition in a gallery in Münster at the age of 19. In 1973 and 1974 he spent time in London and Cadaqués, where Heiner Meyer worked as assistant to Salvador Dalí. He studied fine arts at the Hochschule für Bildende Künste in Braunschweig, where he received a teaching position in 1983. During this time he also set up his first studio in Bielefeld.

His works often show contrasting elements. He combines different techniques like painting and photography as well as different main motifs. Through theme, colorfulness and their high contrast, Meyer’s works remind us of striking advertisements. Motifs from the world of casino and gambling, luxury items such as cars, diamonds and perfume and advertising slogans are recurring. Meyer often combines this with the portrait of a Hollywood star or model.