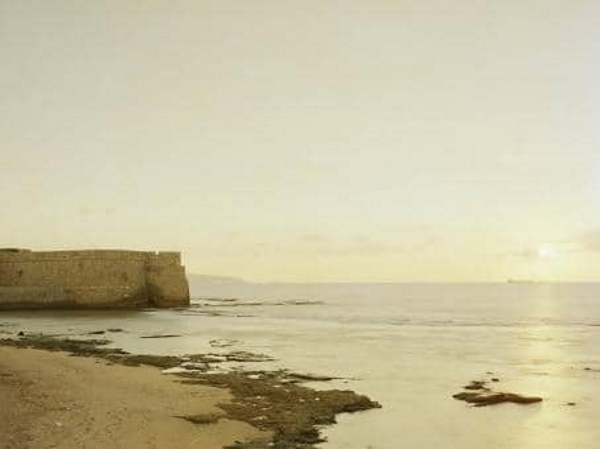 This limited edition C-type photographic print is a seascape taken at the old city of Akko in Israel. It is part of a body of Elger Esser’s recent work produced in the Near East, which is shown in the Parasol unit exhibition titled Morgenland.

Akko I was taken during Elger Esser’s trip to Israel in 2015. Captured from a distance, its quiet and serene beauty is disturbing because it is in such stark contrast to what we know of the conflicts taking place in the region today. It is part of a group of landscape photographs which aim to present a timeline of conflicts, dating from the Byzantine period to recent times, showing the development and decay of cultural periods. Over centuries, four religions have made Akko their home, making it a city built in layers upon layers of different cultures.