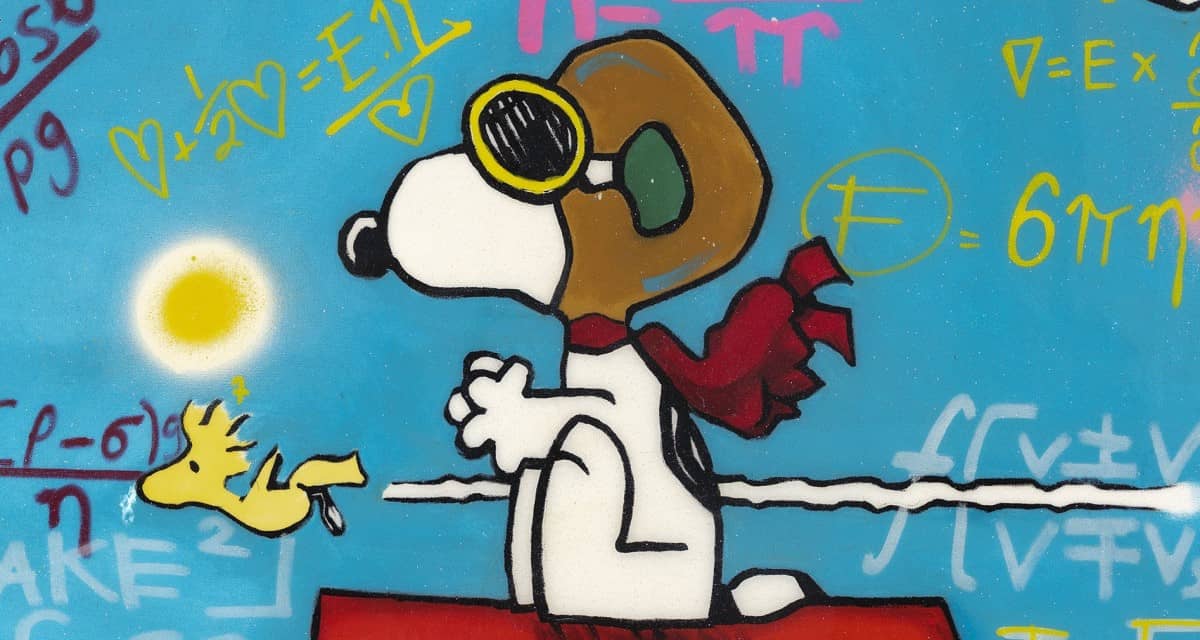 The artist FRINGE with his unique way of expression is one of the most successful rising art stars in South Africa.

As a companion of his style is Faith47, furthermore also Sindiso Nyoni. All three have their artistic roots in street painting and comic illustration, which elevates them into a gallery environment.

But FRINGES’ obvious playfulness hides a deeper meaning – he works with a recurring repertoire of characters and symbols. FRINGE does not reveal his identity and rarely gives interviews. This leaves it up to the viewer to draw his own conclusions about what the artist wants to express when he combines painting and collage on canvas.

An interview in the context of the exhibition “Fringe. The Very Definition” (2017): his “embedded motifs” as Fringe calls them, point to a “persistent contradiction between recognizable and spatial things with controlled and uncontrolled forces, precision versus indeterminacy, coming together to convey my message.

In other words, on canvas, FRINGE creates a space of existence for the famous characters and shows how the preconceived opinion about them varies from viewer to viewer. And from place to place. No single person has a uniform image of Marilyn Monroe, Mahatma Gandhi, Mickey Mouse or Tintin – but we all believe that these historical icons are so firmly anchored in our consciousness that they are synonymous for all of us.

In doing so, FRINGE obviously equates outstanding figures of contemporary history such as Monroe or Gandhi with two-dimensional comic heroes such as Mickey Mouse and Tintin.

To begin with, we can discuss what significance Gandhi has in the South African context – the country where he laid the foundation for his path of passive resistance. The figure of Gandhi is not without controversy here, as he is often accused of having a negative attitude towards black Africans during his protests against British colonialism. The situation is similar with the popular comic figure Tintin, who is portrayed by many outside Western culture as a brazen neo-colonialist.

FRINGE’s humorous and perceptibly cheerful paintings challenge us to question these characters, who have long since become brands of our pop culture (FRINGE started his career in advertising, so expertise for brands is part of his creative DNA).

For example, is the figure of Monroe really still the ideal woman in a world where gender, powerlessness and degradation are hotly debated? Or is she rather a bad example from today’s perspective of how women should “be”?

FRINGE uses a symbolism that is as challenging as it is controversial – and this is where his social satire really comes into its own.

The logo of the renowned World Wildlife Fund is redesigned as WTF (What The Fuck) and Coca-Cola becomes readable as “Cocaine”. It remains our decision whether these transformations are deserved.

In a similar, even more sophisticated way, the ubiquitous fried egg in FRINGES pictures has more than just a decorative purpose.

In his early works, the artist takes Leonardo da Vinci’s study of a foetus as his basic motif and makes it the historical core of compositions of other modern characters and symbols. We can assume that the growing child (as a recurring artistic motif) will one day become an individual seeking its place in a world of established brands and historical symbols.

At the same time the egg is a symbol for development and nutrition, although it does not clearly stand for positivity and health.

The fried egg is perfectly produced in a two-coloured spray technique. The white colour runs as if by chance and imitates the actual preparation. At the same time, the fried egg is a rather sad symbol for mass-produced breakfast at fast food chains and franchisers.

We cannot look at it without automatically thinking of its importance in our industrial eating culture, which prefers fast and cheap mass products and is thus accused of devastating our planet.

The artist “Fringe” is a phantom. No one, except a Johannesburg gallery owner, knows the identity of the South African. The works of the pop-up sprayer, however, are becoming increasingly popular. More than 20,000 people follow “Fringe The Artist” on the Instagram platform alone. And in his home country, the pop-up sprayer has long been “a star” like the equally anonymous “Banksy” in England, says Frank Fluegel.

FRINGE The Artist from Southafrica